WINDSOR, ONT. -- A grieving mother in Windsor says she is in agony over court delays caused by COVID-19.

Carolyn Crankshaw, 39, is still trying to cope with the murder of her son, and is now facing lengthy court delays, exacerbated by the pandemic.

“I do want all of this over, obviously, the quicker the better then I can just move on from this and rebuild,”says Crankshaw. 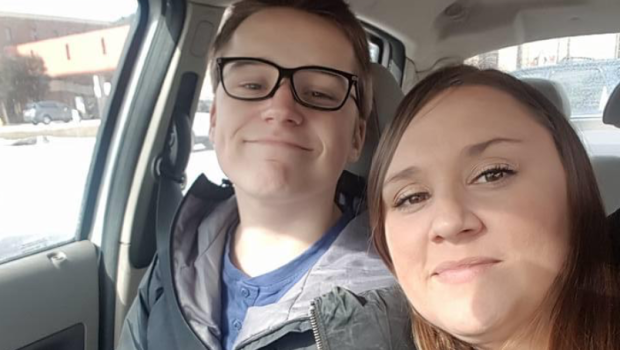 Three days later, Raoul Huezo, who was 18 at the time, was arrested and charged with first degree murder.

She is referring to something lawyers call The Jordan Rule, a Canadian law which requires a murder trial be dealt with, within 30 months of arrest.

“The Jordan rules with respect to delay of trials are not going to be applicable during the COVID crisis,” according to Huezo’s lawyer, Frank Miller.

“That’s just time that’s going to drop off the face of the earth.”

Miller concedes it has taken some time for his client to even apply for bail.

“We could have asked for bail long ago, he had an outstanding charge that was withdrawn, that put him in a position to get bail and then we had other administrative issues,” says Miller.

The administrative issues stemmed from a fire in November of 2019 inside Millers’ law office at Westcourt Place.

The building has been closed ever since, with many lawyers having to wait days and even weeks to get access to some of their client files.

Miller says they applied for bail for Huezo right as the COVID-19 crisis ramped up, in March.

The hearing was eventually scheduled via phone, in early May.

But Crankshaw says initially she was told she couldn’t listen in.

“But I kind of kicked up a fuss and said it’s my right to have that, to participate, so they ended up allowing me,” says Crankshaw.

Crankshaw says it was difficult to hear the facts in the case, for which there is a publication ban on reporting in Canadian law.

She tells CTV News she is upset Huezo was granted bail.

“I don’t feel that it’s right to have someone that’s accused of first degree murder out on bail,”she says.

Miller however tells CTV News it is quite common for people facing murder charges to be released “it just doesn’t happen with every case with the same frequency as if say it was a common assault.”

Regardless, Miller says his client is under strict house arrest conditions, has a GPS tracking bracelet on his leg and three family members are acting as sureties to pay $50,000 if Huezo breaches his conditions.

“In reality he is a prisoner in his own home,” says Miller.

His lawyer also tells CTV that his client denies any wrongdoing. So now, they all wait -Huezo, Miller and the Moffatt family - for the next step in the process, a preliminary hearing, which was scheduled for May, but is now postponed, indefinitely.

“I’m not predicting, I can’t put a date on it, that all depends on things that nobody knows right now,” says Miller.

For her part, Crankshaw is leaning on her family for support, to get through until the court process is complete.

“I’ve gotten close with other victim families so they’ve kind of prepared me for this process,” she says.