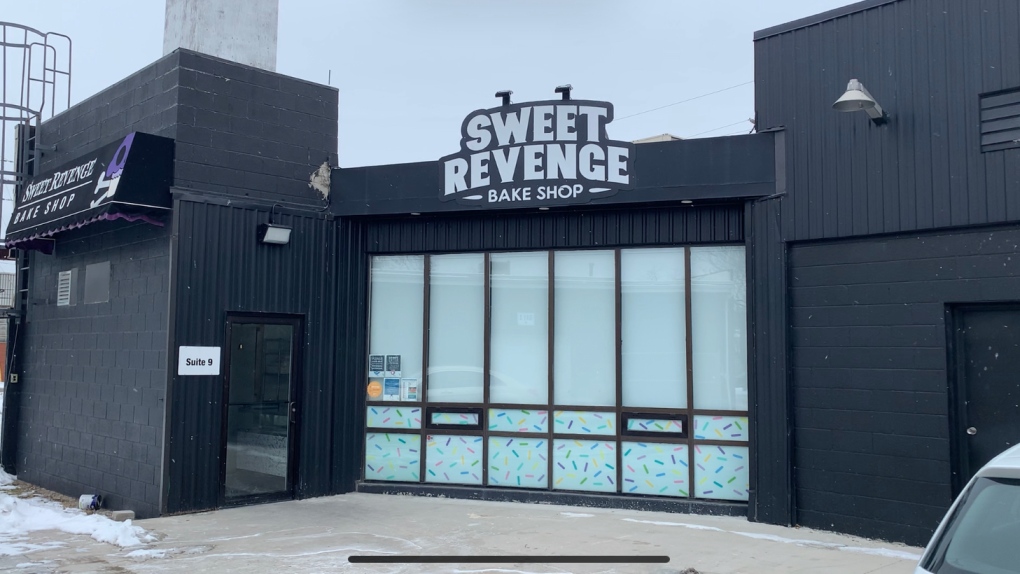 The outside of Sweet Revenge Bake Shop at 400 Erie St. E. on Thursday, Jan. 27, 2022. The shop was broken into early Wednesday morning around 3:30 and burglarized. (Rich Garton / CTV Windsor)

When Diana Elias locked up Sweet Revenge Bake Shop on Tuesday night, she had no clue she’d be back in the middle of the night to deal with yet another smashed-in door and robbery at her store.

“Oh it was stressful,” says Diana Elias, the bake shop owner. “We’re in the middle of planning weddings, getting our Valentine’s menu posted, and I was all feeling good the night of and got the call at 3:30 in the morning.”

Police were called to the business at 400 Erie St. E. when the alarm was triggered.

Elias says the alleged thief was able to get away with about $500 cash after smashing through the front window with what seemed to be a rock. 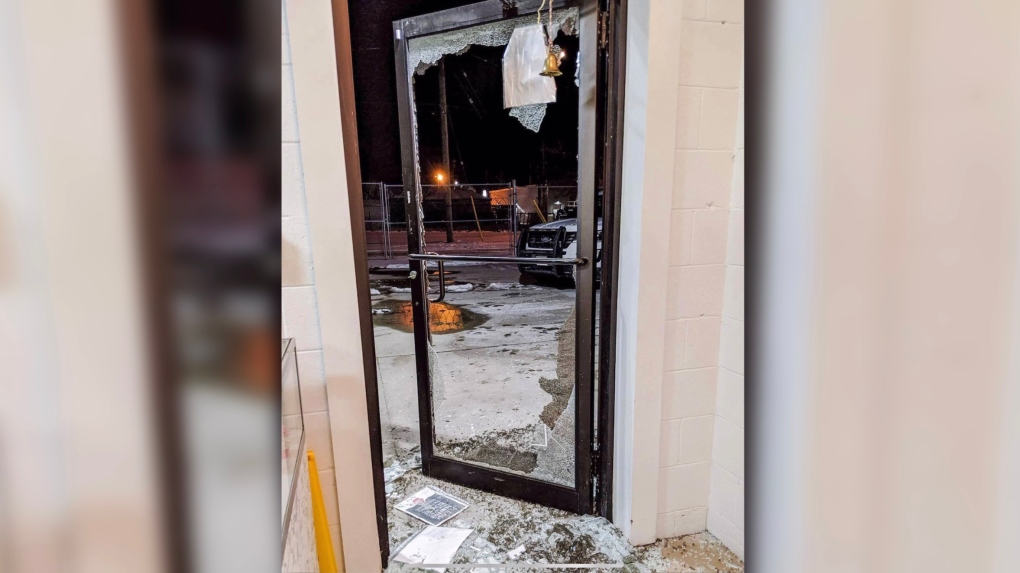 Only cash was taken, she says, thankful none of the prepared cakes or baking accessories were touched, and that no one was injured.

“They only had a few minutes thankfully, the cops showed up quick and called us, so we were on the scene fast. But they still got in and got all our money,” she says.

It’s the eighth time the bake shop has been the victim of crime; seven times at its Wyandotte Street East location in Riverside and the first time at the new spot on the edge of Via Italia.

“It’s crazy. Eight times, it keeps happening,” says Elias. “We had to get all the bars installed and that’s something we’re probably going to have to do here too.”

“You know, it’s going to affect the appearance, of the building, but we’ve got to be safe and stay conscious.”

Elias says it’s a busy time of year with Valentine’s Day just a few weeks away but the door has since been fixed and it’s business as usual.

“Hopefully we’ll get more orders in and just start prepping for that… and kind of put this in the past and keep moving forward,” she says.

“Don’t want to dwell on it and be too sad, you know, we’ve got to keep going.”

Students trapped inside a classroom with a gunman repeatedly called 911 during this week's attack on a Texas elementary school, including one who pleaded, 'Please send the police now,' as nearly 20 officers waited in the hallway for more than 45 minutes, authorities said Friday.

'I don't deserve this': Amber Heard responds to online hate

As Johnny Depp's high-profile libel lawsuit against ex-wife Amber Heard wound down, Heard took her final opportunity on the stand to comment on the hate and backlash she’s endured online during the trial.

New federal firearms bill will be introduced on Monday: Lametti

Federal Public Safety Minister Marco Mendicino will table new firearms legislation on Monday, according to his colleague Justice Minister David Lametti. In an interview with CTV's Question Period that will air on Sunday, Lametti pointed to the advance notice given to the House of Commons, and confirmed the plan is to see the new bill unveiled shortly after MPs return to the Commons on May 30.

For 70 years, Andre Hissink has held a grudge against the Dutch government, but this week, the 102-year-old Second World War veteran’s persistence paid off – the Dutch king granted his wish for a rare dual citizenship.

'Died of a broken heart': Can it really happen?

Takotsubo cardiomyopathy, more commonly known as 'broken heart syndrome' or stress-induced cardiomyopathy, is an actual medical condition triggered by severe emotional or physical stress and is different from a heart attack.

After a six-week trial in which Johnny Depp and Amber Heard tore into each other over the nasty details of their short marriage, both sides told a jury the exact same thing Friday -- they want their lives back.