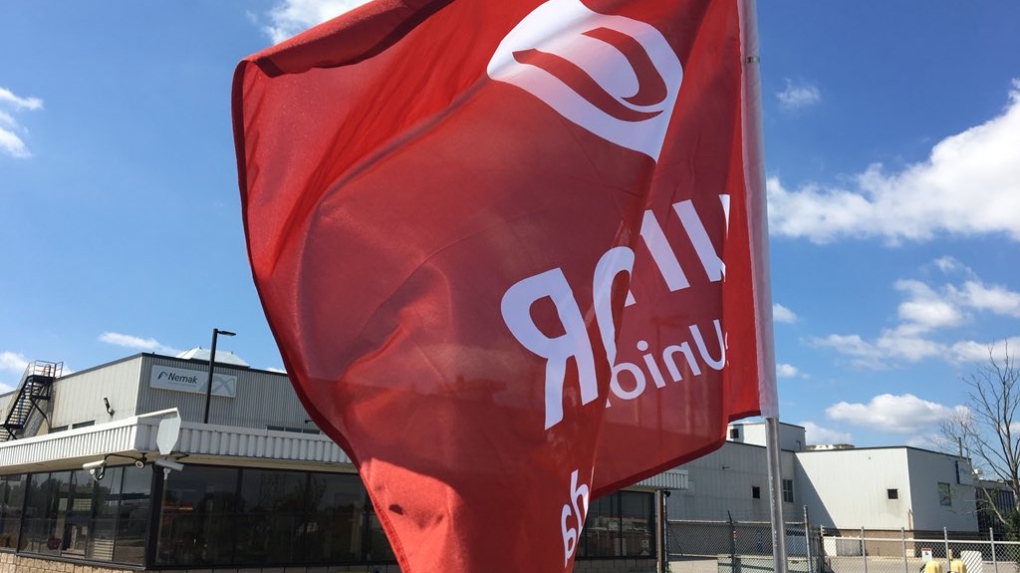 Unifor has taken over the Nemak plant by setting up blockades at the entrances to the facility in protest of a planned closure. (Ricardo Veneza/CTV Windsor)

WINDSOR, ONT. -- An arbitrator has ruled Nemak violated its collective agreement with Unifor Local 200 workers, after it decided to close its Windsor plant.

Last year, a panel of judges overturned an arbitrator’s decision that allowed the closure of the Windsor aluminum plant.

On Thursday, an arbitrator upheld Unifor’s position that the company wrongly decided to close the plant in 2019 and move the work to Mexico.

Nemak and Unifor agreed in 2015 that the new work for General Motors would be placed in the Windsor plant.

“There’s a lot of work that needs to be done obviously. We have to sit down with the company and start negotiating. They’re gonna obviously come back to us with something. Some type of package,” says D’Agnolo.

In a released statement, Nemak says:

“In light of the outcome of the ruling by arbitrator Jesin regarding Nemak’s Windsor plant closure, Nemak expresses its disappointment by the change in the arbitrators ruling.

Nemak has always observed the rule of law, with the conviction that the decision made to close the facility did not violate the collective agreement.”

The company is evaluating next steps.

Two hundred former employees of Nemak are one step closer to the outcome they’re hoping for.

“When they made the announcement about the closure it was more or less disbelief,” says Mike Jobin.

Jobin spent eight years with the company before his final shift last October.

Since then, he’s only been able to find part time work.

“I believe firmly that we should be compensated,” Jobin says. “It’s that simple. Companies should not be allowed to do that and if they do that, they should have to pay.”

Unifor says the company has no intention to move back.