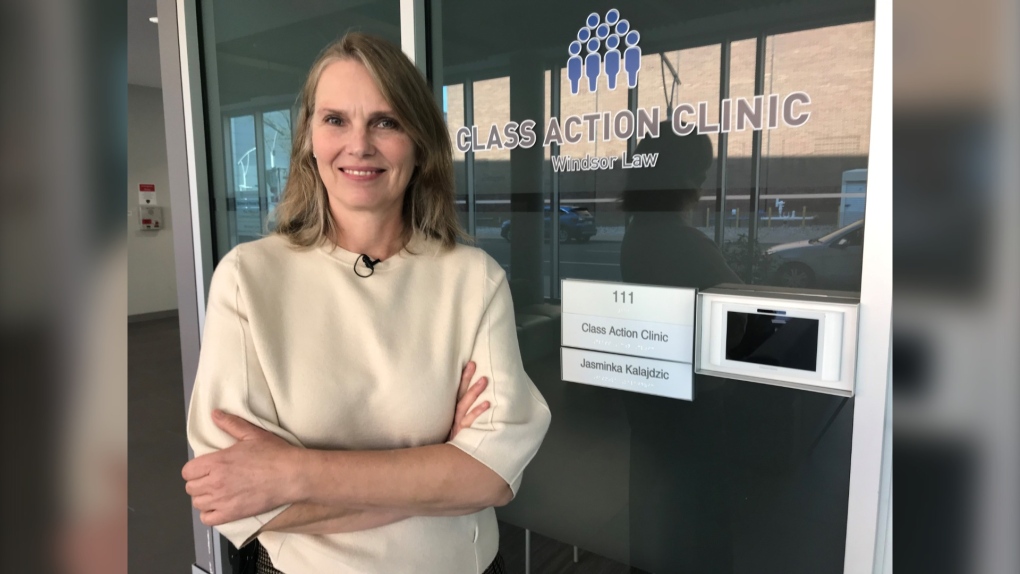 Jasminka Kalajdzic is the director of the Class Action Clinic at the University of Windsor. (Michelle Maluske/CTV News Windsor)

The Class Action Clinic has been given $3 million that went unclaimed by a recent settlement.

“I was ecstatic and relieved,” Jasminka Kalajdzic told CTV News Windsor. “Both because like so many legal clinics in the province and across the country, funding is always our number one concern.”

Kalajdzic is a law professor and director of the Class Action Clinic, which she says is the only one of its kind in all of North America.

“We help people from beginning of the class action to the end of it. And so far, we've had some really good success. We've helped class members recover over a million dollars,” says Kalajdzic.

In this case, Kalajdzic says BMO Trust agreed to a $100 million settlement over undisclosed fees on foreign transactions.

$94 million of it was given to members of the class, leaving $6 million unclaimed.

“Rather than give the money back to the defendant, they [the court] distribute that leftover fund to a non-profit or to a charity to do something with it that will be at least of indirect benefit to the class,” says Kalajdzic.

Because the Class Action Clinic is the only one of its kind, the plaintiff petitioned the court to give it half of the money, and the other $3 million went to the United Way.

“Bad for some of the class members, but we'll get to use this money now for the foreseeable future to help as many class members as possible make sure that they don't miss out on these compensation claims,” notes Kalajdzic.

The Class Action Clinic has a full-time lawyer who oversees all the work of law students, who earn academic credits for volunteering their time.

And in the summer, the clinic hires student lawyers to work full-time on the cases before the courts.

“This [award] puts us in a really good position,” says Kalajdzic.