Investigator called in after $400,000 house fire on Arthur Road 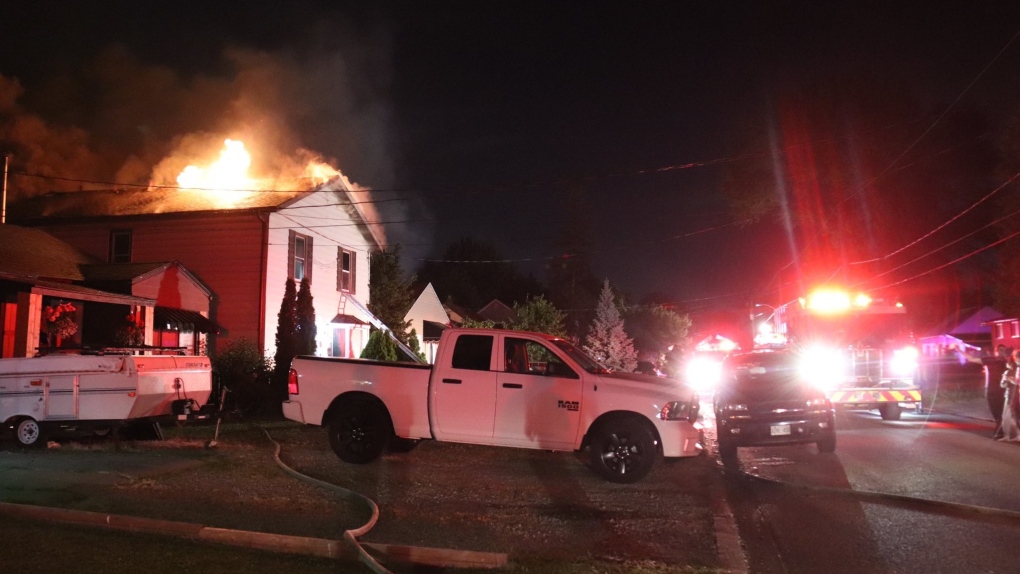 The fire was first reported by Windsor Fire on twitter just before midnight.

Photos from the scene shared with CTV News Windsor show flames coming from the home in the 2400 block of Arthur.

The fire was brought under control within an hour of it being reported.

No injuries have been reported and an investigator has been called in to determine the cause.

Meanwhile a fire from earlier Thursday has left one person displaced.

It was Thursday afternoon that firefighters were called to the 3800 block of King Street.

No injuries were reported in that fire but the blaze caused $125,000 in damages.