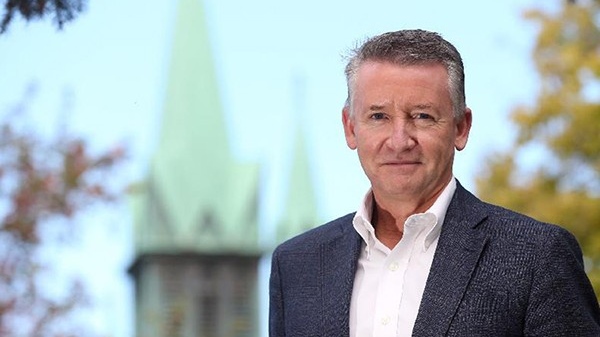 The Board of Governors of the University of Windsor announced Monday an interim president and vice-chancellor.

Douglas Kneale, provost and vice-president, academic at the university, will assume the position on July 1 and hold the position until the board concludes the search for a successor to Alan Wildeman, who concludes his term as president and vice-chancellor on June 30.

“It is important to the board, on behalf of the university, that the current direction of the university is maintained while the search continues,” said board chair Penny Allen in a news release. “We are very grateful that Dr. Kneale, who understands this direction well, has agreed to step in during this interim period.”

Kneale joined the university as provost and vice-president, academic in 2015.

“I want to thank the Board for placing its confidence in me,” said Kneale. “I look forward to serving the campus community in this capacity, and to providing continuity and leadership through the transition to the next president.”

Wildeman said that he will make an announcement about an acting provost and vice-president, academic, in the coming weeks.

“I will also do all I can in the coming months to help Douglas prepare for this role he has agreed to take on,” said Wildeman. “I know how committed he is to the success of the University, and I know he will give this interim role a complete and caring effort.”

The board has requested that the presidential search committee resume its efforts in the coming year, and will make an announcement as soon as a successor is identified.