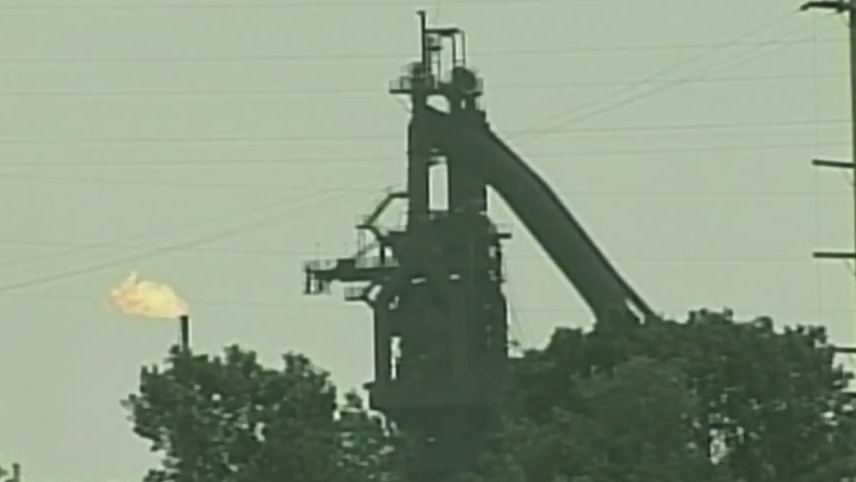 WINDSOR, ONT. -- The mysterious, low-frequency noise that plagued the city of Windsor, Ont., for nearly a decade has finally quieted down after a steel factory just outside neighbouring Detroit halted its operations indefinitely.

The so-called "Windsor Hum" has been the subject of intense speculation by governments and journalists on both sides of the Canada-U.S. border since 2011, when an investigation by the Canadian government first documented its existence.

Although the origin of the hum was initially up for debate, research in recent years pinpointed the culprit as a U.S. Steel facility on Zug Island, just across the river from Windsor's west end.

At the end of last year, U.S. Steel announced it would be significantly scaling back operations at its Great Lakes facilities -- including Zug Island -- starting on April 1, citing a need to stay competitive in a changing market.

According to Colin Novak, the lead researcher on Canada's 2013 flagship study into the hum, the noise has practically vanished since the decision to idle the plant was made.

"There's no reports that I am aware of showing the continued existence of the hum," Novak said.

"Some people may say otherwise, but I haven't heard it for almost a year."

In December, a city councillor for the town of Lakeshore, Ont. -- just a few kilometres outside of Windsor -- posted on social media that he had received complaints from residents about the hum, and added that he would be following up with the Ontario Ministry of Environment.

However, the ministry told The Canadian Press there is no merit to the claims.

Novak explained that the hum was being generated by the facility's blast furnaces running at a higher-than-normal capacity, causing the metallic foundation of the plant to reverberate intensely.

Similar phenomena have been documented across the world: in the U.S., there are cases in Taos, N.M., and Kokomo, Ind., while internationally, the next most famous hum was documented in Auckland, New Zealand, in 2006.

In all instances, the hum has been described as more of a feeling than a sound -- a general sense of uneasiness and reverberation through one's body.

That's because the hum usually comes in the form of a frequency lower than 30 hertz, which is the bottom end of humans' natural hearing ability. These type of "infrasounds" are typically quite hard to detect.

Sometimes sustained infrasounds like the hum can be observed via the subtle shaking of windows and walls in affected zones, but research usually requires microphones and recording equipment to accurately capture the noise.

Science says infrasounds are unlikely to cause hearing damage, but they can be particularly irritating to those who are sensitive to stimulus and acoustic reverberation.

"It's not about what you hear, it's about what you feel.... It is literally vibrating your organs, even though most people won't be able to verbalize it that way," Novak said.

When asked whether the noise had the potential to return, Novak said he thinks U.S. Steel will permanently relocate major operations from Zug Island to a facility that is newer and less costly to maintain.

For years, the Zug Island facility has remained shrouded in secrecy, with both U.S. and Canadian government bodies being unable to get the manufacturing company to address the issue.

But recently, U.S. Steel was reprimanded by Michigan's Department of Environment after reportedly violating numerous emissions and pollution regulations between August 2017 and June 2019.

In May, the company was ordered to pay $79,227 directly to the state, as well as another $300,000 for a supplemental environment project in which the company is required to demolish one of Detroit's crumbling ice rinks and completely clean the area of contaminants.