'I was so proud seeing him out there': Ontario father watches his son make NBA debut 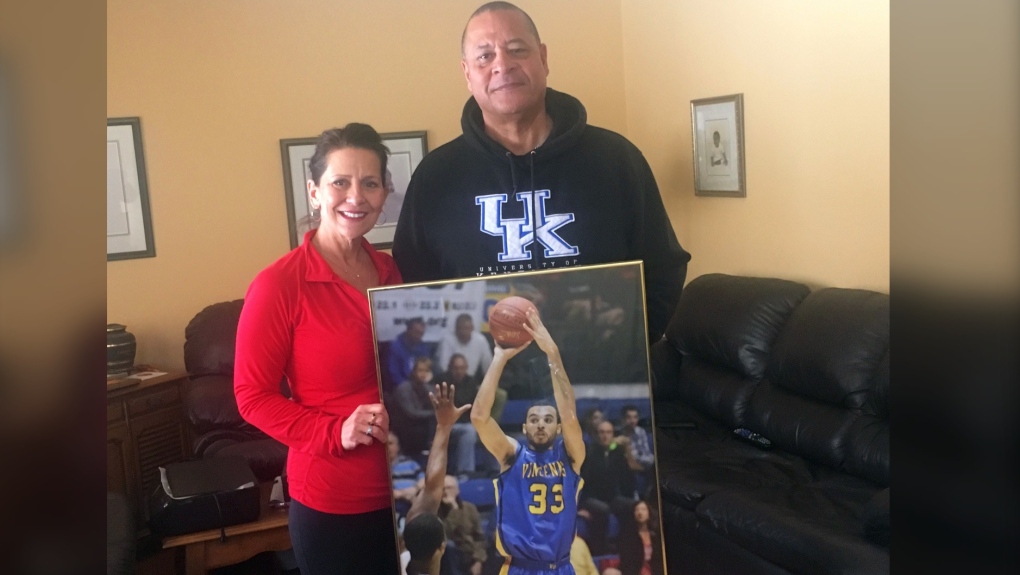 Randy Mulder, right, and his wife Claire proudly display a photo of their son Mychal, who made his NBA debut with the Golden State Warriors Thursday night. (Courtesy Randy Mulder)

WINDSOR, ONT. -- Ontario's Mychal Mulder made his NBA debut Thursday night with the Golden State Warriors in a 116-86 loss to the L.A. Lakers.

His father, Randy, stayed up late to watch the west coast game and thought his son, a Tecumseh native and Catholic Central grad, was too tense in the beginning.

The 25-year-old got over his nerves and played 22 minutes for the NBA's worst team, which has been playing without injured stars Steph Curry and Klay Thompson.

In the end, Mychal scored two points while pulling down four rebounds. Randy was pleased with his son’s debut and remembered the road that got him there.

"It's been a 20-year experience for me driving this kid all over the country to get Mychal to where he's at and we couldn't be prouder of him."

Prior to the game, the 6'4" guard acknowledged during an interview the help he got from many people including former Catholic Central head coach Peter Cusumano, who also watched the game.

"Definitely exciting to see one of your players on an NBA court wearing an NBA uniform," said Cusumano.

As a senior, Mulder helped the Comets win provincial gold in 2013. He is one of only three Windsorites to play in at least one NBA game. Gino Sovrin and Hank Biasatti were members of the Toronto Huskies when the league launched in 1946.

"This is a once-in-a-generation. People don't realize how talented you have to be to play in the pro leagues. This is very elite and it's very exciting for sure," said Cusumano.

Mulder's father is hoping his son can earn a contract extension, which would bring him closer to home in March.

"Detroit, Indiana, Toronto and even Milwaukee...I would drive to in a minute."

The Golden State Warriors play their next game against the Phoenix Suns Saturday night.