WINDSOR, ONT. -- A Kingsville, Ont., couple says they were hit with a Reopening Ontario Act fine while playing Pokemon Go and they plan on fighting the hefty ticket.

Matthew Steeves tells CTV News the $880 ticket was issued to him by Essex County OPP.

"I'm hoping the judge is going to dismiss the ticket and that I won't have to pay this substantial amount, because it's really going to put my family in financial hardship," says Steeves.

Steeves says he and his wife were playing Pokemon Go, an augmented reality mobile game, inside a Leamington church parking lot when an officer approached their vehicle.

"He told me that wasn't an essential reason to be out of my house, so I argued saying it was essential for my mental health,” he says.

Fifteen minutes later, he was handed the ticket. 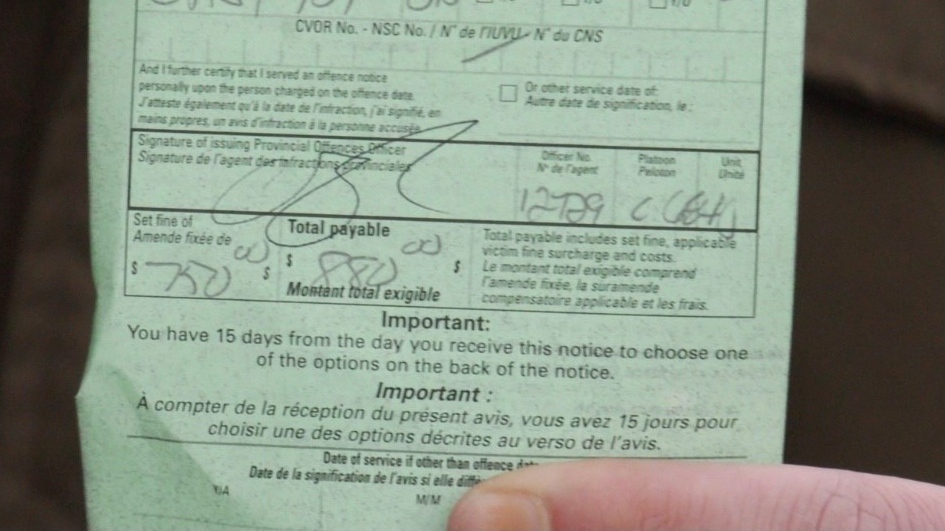 "I was baffled," says Steeves. "I didn't think I was doing anything wrong. I didn't see how I was contributing to the spread of COVID by sitting in my van playing on my phone."

In an email sent to CTV News she states: “We continue to urge everyone to voluntarily comply with the rules and recommendations from health officials.”

“Personally, I don’t necessarily see that as an activity that is not allowed,” Ahmed said during the health unit’s media briefing on Thursday. “I think people can do that as long as you mentioned that they are not doing this to meet someone to engage in a non-essential activity, it’s only for the mental wellbeing and to just get out of the house if they need to.”

A stay-at-home order went into effect across Ontario on Jan. 14 until at least Feb. 9.

The order requires everyone to stay home except for essential purposes like going to the grocery store, pharmacy and medical appointments.

Steeves says he cannot afford to pay the ticket.

"We're both unemployed right now,” says Steeves. “I'm on EI so the money coming in is barely enough to make ends meets let alone tacking on an $880 fine. I could buy lots of groceries. Put clothes on my kid's back. It's half my rent."

He plans to contest the ticket.