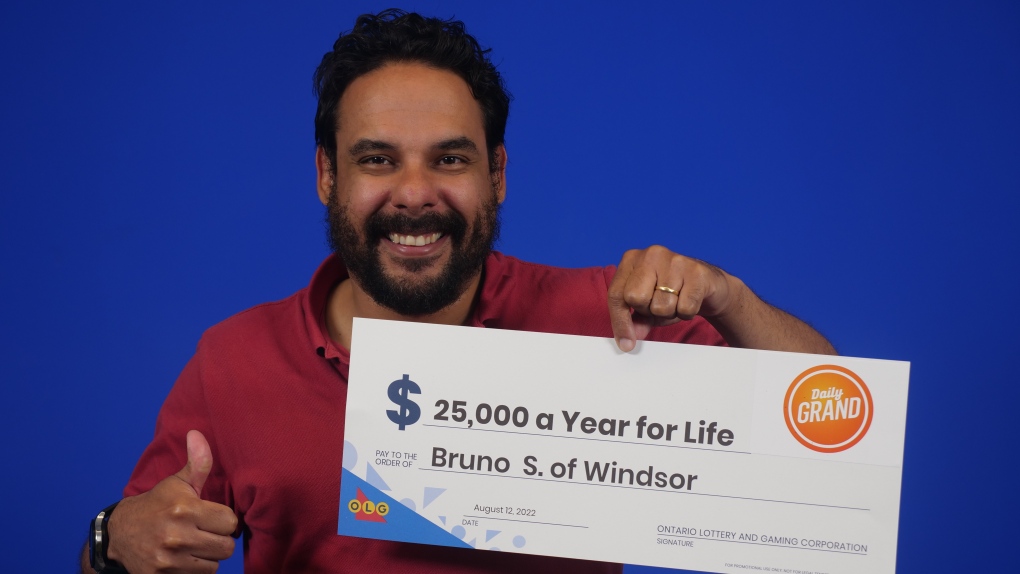 A Windsor auto worker said his heart was pounding as he waited on a frozen terminal to learn he was the lucky winner of $25,000 for life.

Bruno Sena Maia matched all five main numbers to win the second prize with Daily Grand in the July 11 draw. He decided to go with the $500,000 lump sum prize.

“I was at the store when I gave the ticket to the cashier to check. The terminal froze and the cashier said, ‘I think you’re rich!’ My heart was pumping,” he said in a news release.

Maia, 38, said he has been an occasional lottery player for the past four years.

When he returned home after finding out about his big win, he said his wife knew something was up because of the look on his face.

“She asked what was wrong and when I told her, she said, ‘You’re kidding’ I said, ‘Not kidding’ and showed her the ticket,” he said. “Then she gave me the biggest hug.”

Maia plans to use the money to invest for retirement.

“This cheque is the seed of my future. I will plant it, let it grow and enjoy the fruit later,” he said.

The winning ticket was purchased at McDonald’s Your Independent Grocer on Queen Street in St. Mary’s.

The decision to put an end to some of the last vestiges of federal COVID-19 restrictions is expected to be announced officially on Monday.