'I really didn't have to do anything to make it sad': Windsor prof captures quiet streets 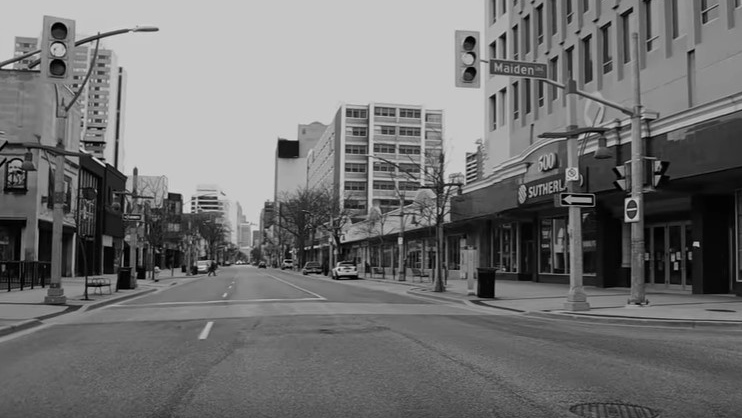 A St. Clair College instructor drove all over the city documenting the empty streets, parks and businesses during the COVID-19 pandemic in Windsor, Ont. (Courtesy Todd Shearon)

WINDSOR, ONT. -- A St. Clair College instructor drove all over the city documenting the empty streets, parks and businesses currently closed or off-limits because of physical distancing.

“I've got nothing but time on my hands, like everybody else so I had a little idea to go kinda capture what was going on, around the city,” says Todd Shearon.

Shearon is an instructor at St Clair College’s MediaPlex in Windsor, who has been laid off, indefinitely, now that classes are online only.

“It’s been about a month since people were out and about to these locations, it was just good to see them and then to see them in their current state,” he adds.

Shearon admits it was “creepy” to walk around all these normally busy locations like the casino, area parks and downtown Windsor.

“Normally that front entrance-way of the casino is just packed and the riverfront right now, with all these gorgeous days would just be people everywhere.”

But there are no people, and very few vehicles in the five minute video.

It was posted online Wednesday afternoon, and already has more than 16,000 views in less than a day.

He says he was surprised and overwhelmed by the response, but admits many people are asking why he chose to edit it in black and white and add sad music.

“Music can really change the scenery and in this case, it didn't need much help in my opinion,” he says, adding the images are sad, on their own.

Shearon opted to end on a higher note, by showcasing some street art downtown with the words “..and then things got better.”

“It’s nothing but up from what my video looks like today. So hopefully we'll see brighter days soon,” he says.