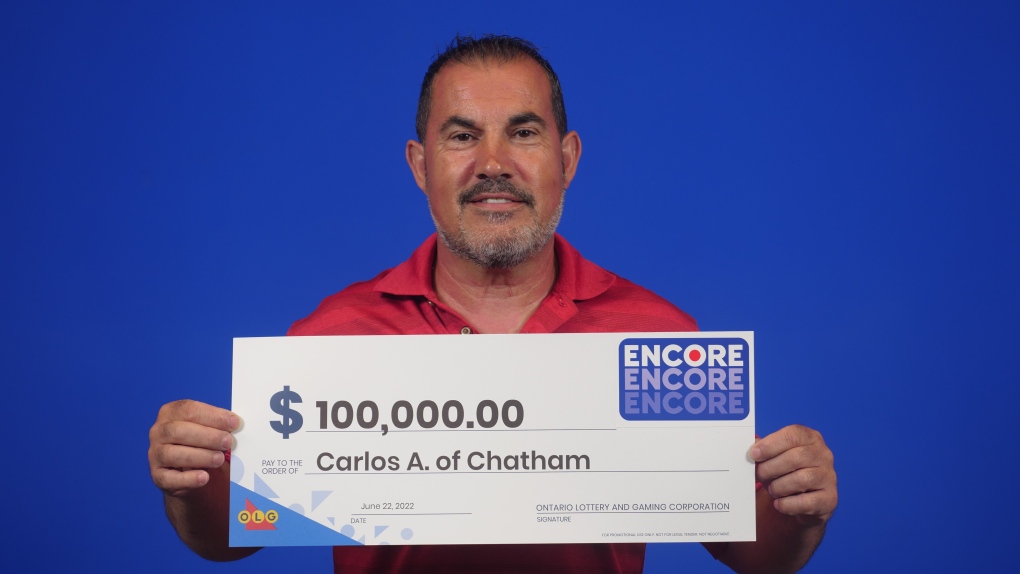 Carlos Alves of Chatham, Ont. picking up his winnings at the OLG Prize Centre in Toronto, Ont. (Courtesy OLG)

A Chatham retiree said he was “silent and in shock” when he checked his lottery ticket to discover he had won $100,000.

Carlos Alves has been trying his luck by playing the lottery for 30 years before it finally paid off when he said yes to Encore matching the last six of seven numbers in exact order to win.

"I love to play LOTTO MAX when the jackpot is high," Alves said while picking up his winnings. "I play my own numbers and I always say yes to ENCORE!"

Alves was at the store checking his ticket when he saw the prize amount.

"When I realized I was a big winner, I was silent and in shock," he said. "My wife was so happy for me when I told her. She was thrilled to see me get a big win after playing for all these years."

Alves said he plans to speak with a financial advisor to invest for the future.

“I'm going to make the most of this win," he said.

The winning ticket was purchased at Queen's Variety & Laundromat on Queen Street in Chatham.