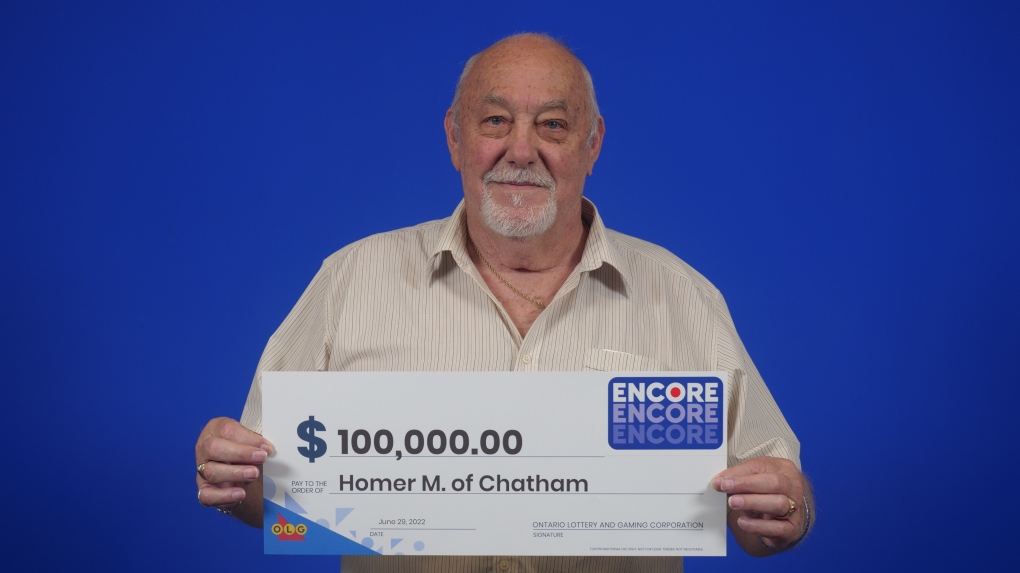 A 74-year-old Chatham grandfather is celebrating his biggest lottery win ever.

Homer, a father of four and grandfather of five, says he has won smaller prizes in the past, but nothing this big.

"I went back to the same store I purchased my ticket – when I scanned it, I was in total disbelief," he said while at the OLG Prize Centre in Toronto to pick up his winnings.

The retiree plans to put his winnings toward a vacation and share with his children.

The winning ticket was purchased at Mac's on McNaughton Avenue in Chatham.