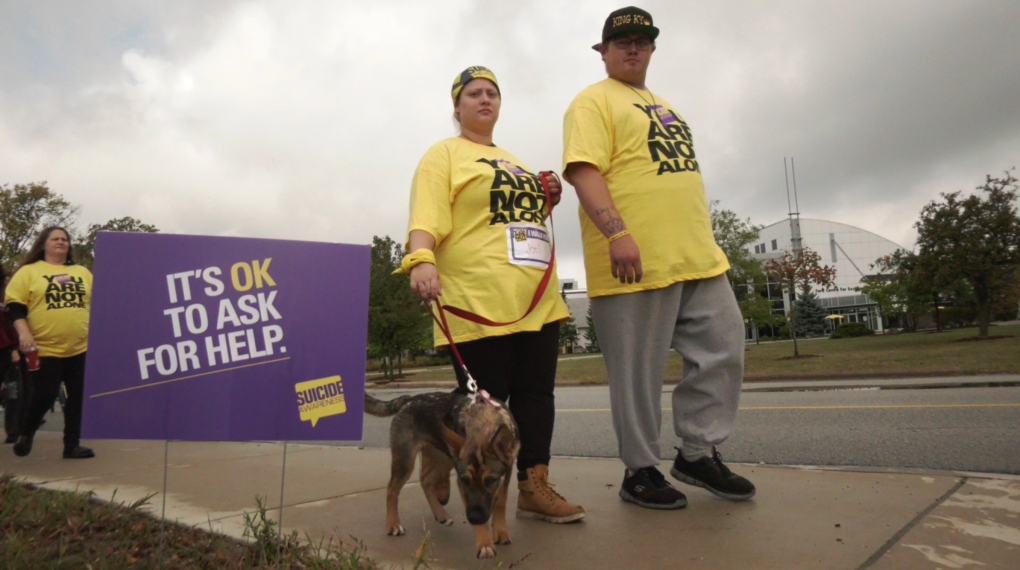 Lacing up your sneakers for a cause took new meaning Sunday as hundreds pounded the pavement to support suicide prevention in Windsor.

The walk was hosted by the Canadian Mental Health Association (CMHA), where participants trekked either two kilometres or five kilometres around the St. Clair College main campus.

Organizers say any given day, we lose 10 people to suicide and the walk is a community effort to allow healing, connection and a renewal of hope.

“So to have a walk to really allow healing, connection and hope to be renewed is so impactful for someone that has been impacted by suicide loss,” says Jenny Lee Almeida, a mental health educator at the CMHA.

It also included special donations from a number of families who hosted community events throughout the year in honour of people they have lost to suicide.

“What's beautiful is it stays within the community to further support training resources, and to meet people where they're at struggling with thoughts of suicide to know that help is there,” adds Almeida.

The CMHA estimates this event alone will collect $30,000 for local programming to support families coping with suicide loss, grief bereavement and suicide prevention.

“To varying degrees, we've all come together and we've been impacted by suicide. So we've come together to say ‘Hey, let's recreate hope. Let's heal and let's get through this together because we're not alone,’” Almeida says.

Canadian singer Celine Dion was diagnosed with stiff person syndrome, a rare neurological condition with no cure, forcing her to take a step away from her world tour.