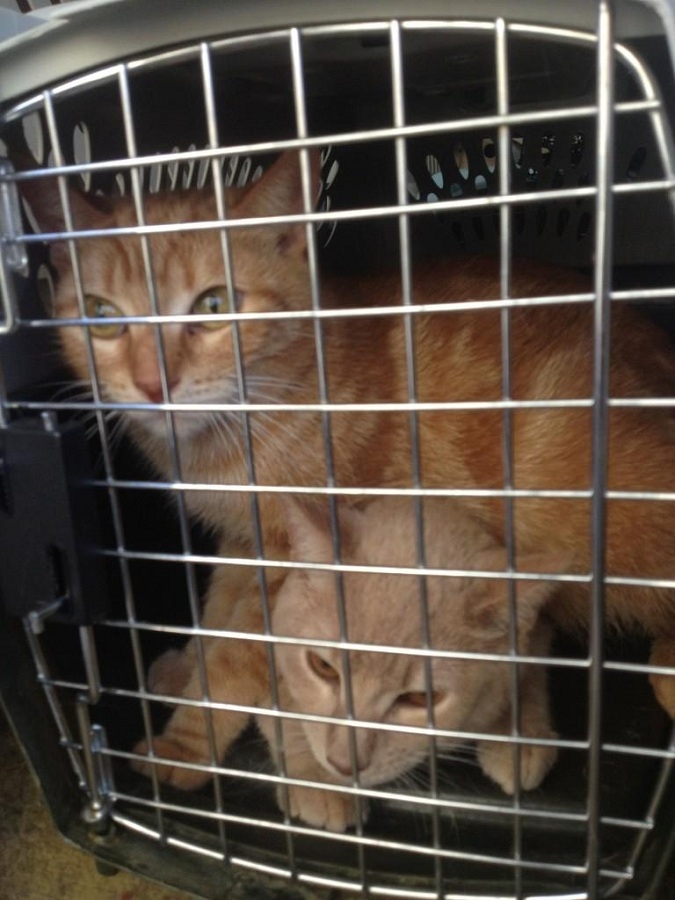 Dozens of dead and sick cats were removed from an apartment building in Windsor, Ont., Dec. 14, 2012. (Chris Campbell / CTV Windsor)

A Windsor man has been charged with animal cruelty after 49 cats were found in his apartment in poor conditions and 155 dead cats and kittens were kept in the freezer and refrigerator.

Shelter officials have been investigating after the cats were removed on Dec. 14 for failure to comply with orders for their care.

The owner was ordered to provide food, water, litter boxes, and a clean area for the cats on Dec. 13. When he did not meet the orders under the OSPCA Act by the deadline, the cats were removed.

The owner also surrendered the additional dead cats and kittens.

Humane society officials say his intent in keeping the dead cats was not malicious. The owner says he had been holding the cats to bury together, when he was able to buy a home.

Miernecki was charged with failing to comply with an order and permitting the cats to be in distress. The distress charge is for the dead cats, who suffered medical issues and did not receive adequate veterinary attention.

Miernecki is scheduled to appear in court on March 4.

The humane society has some of the cats up for adoption, but others are still being medically treated and socialized. The additional cats are expected to be moved to the adoption program soon.