WINDSOR, ONT. -- A mysterious repetitive message spelled out in wood chips has appeared at a former so-called ‘tent city.’

The words “Human Virus” can be seen just north of University Avenue West between Caron and Salter Avenues in a ravine-like wooded area.

“I think that somebody was sending a message. That was a lot of work,” says homeless advocate Lisa Valente.

Valente says she saw pictures of the words online, mistaking it to be photoshopped.

“It’s almost like a Banksy, right,” she says. “Was Banksy here? Did he want to just send a message and then just disappear?” 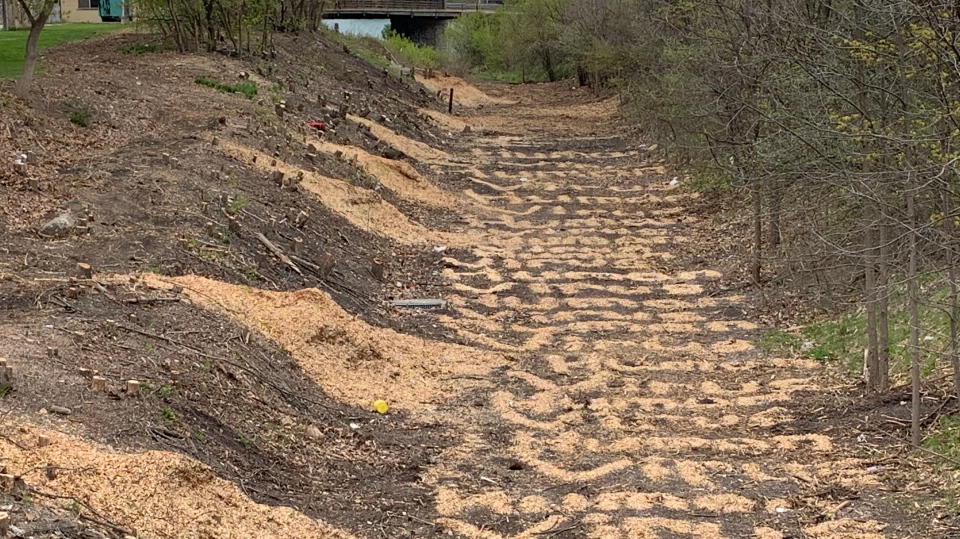 A woman who lives nearby says the display sprung up quietly sometime last week.

She has been taking pictures wondering if there is an explanation.

Valente says she found the image to be powerful, noting the history on the private property.

Over the last few years, dozens of homeless individuals lived in the area until last November when the encampment was removed.

With the return of spring, Valente wondered if those less fortunate would return.

“Most people, for the most part found housing, but that was a place for people that were transient,” she says. “So, when the spring, warmer weather comes, people were bound to go back there.”

Valente notes that many of the trees were quietly removed last week.

CTV News reached out to the City of Windsor who confirmed the land is considered private property and the city had nothing to do with the recent tree removal.