A human femur was discovered at a bridge under construction in Amherstburg.

Mayor Aldo DiCarlo says the human remains were discovered Aug. 3 by workers at the site on Concession Road 2 between North Side Road and Riverview Drive South.

DiCarlo says police determined a criminal investigation was not needed, but they contacted the Ontario Ministry of Government and Consumer Services and it has ordered an archeological burial site investigation.

DiCarlo says he wasn’t that surprised that human remains were discovered.

“Amherstburg’s a very old town. We have a lot of history, especially, Indigenous and the War of 1812,” says DiCarlo.

The mayor is also personally impacted by the investigation and road closure since the route links Amherstburg to LaSalle and Windsor.

“You can include me in one of those people who are extremely frustrated to have to keep using the detoured route,” says DiCarlo.

DiCarlo says the project has been stalled several times, but until this latest setback it was supposed to be completed in October.

“We really are at the mercy of the archeologists and the ministry as far as timelines go,” says DiCarlo.

“It’s gone long enough and I know a lot of people in the community want it to reopen,” says Dube.

Dube says the positive part is there’s less traffic for his kids to play while the road is closed. 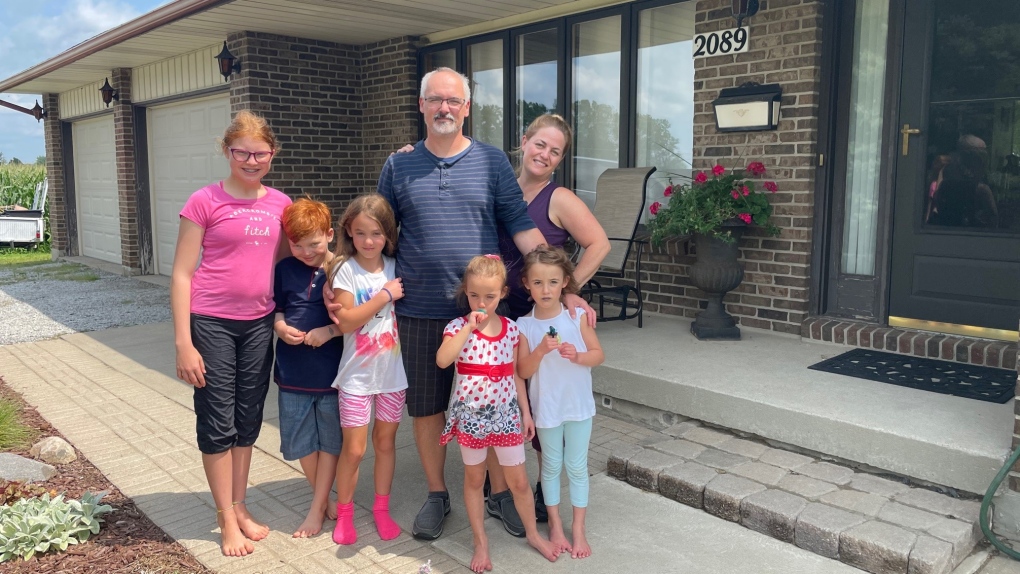 Mike Dube and family outside their home on Concession Road 2 in Amherstburg, Ont., on Tuesday, Aug. 10, 2021. (Melanie Borrelli / CTV Windsor)

“It’s a busy road when it is open, so we have enjoyed the break,” says Dube.

Unlike DiCarlo, he was surprised to hear the human remains were the reason for the delay.

“I was kinda wondering if it was something recent, but apparently it happens quite a lot around bridges, so there was no concern,” says Dube.

Two Mounties who shot a man in his pickup truck at an Alberta rest stop were found not guilty on Friday of manslaughter and aggravated assault.

Brittney Griner back home in U.S. after Russian prisoner swap

Brittney Griner returned to the United States early Friday, nearly 10 months after the basketball star's detention in Russia made her the most high-profile American jailed abroad and set off a political firestorm.

Decisions on next steps in a potential search for the remains of two Indigenous women believed to be at a landfill outside Winnipeg are being worked through with the option of bringing in outside help, the city's police board said Friday.