House fire believed to be suspicious causes $100K in damages 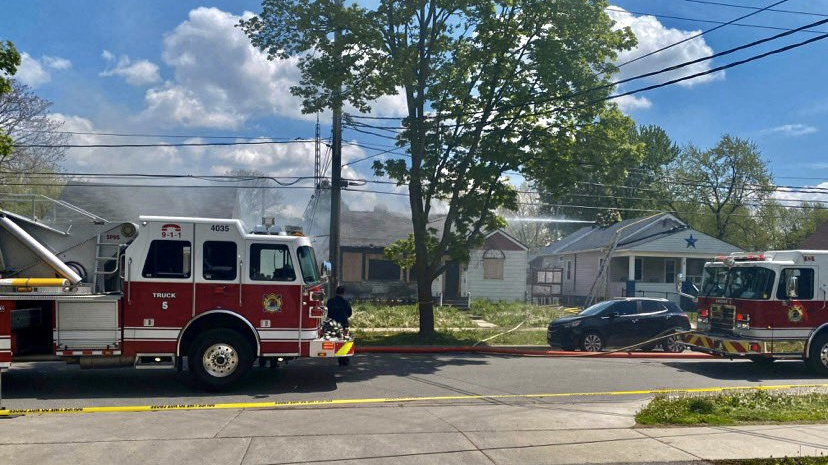 Fire crews responded to a house and garage fire in the 3500 block of Peter Street in Windsor, Ont. on Friday, May 7, 2021. (OnLocation/Twitter)

WINDSOR, ONT. -- Windsor firefighters were called to a west end house fire Friday afternoon that investigators believe to be suspicious.

Crews were on scene in the 3500 block of Peter Street for the upgraded vacant structure fire.

Firefighters knocked down the fire, but were still dealing with hot spots Friday afternoon.

Lee says there were two fires at the address, one in the garage and one in the house.

Windsor police were also on scene.

Lee says the investigation is ongoing but the fire is considered suspicious.