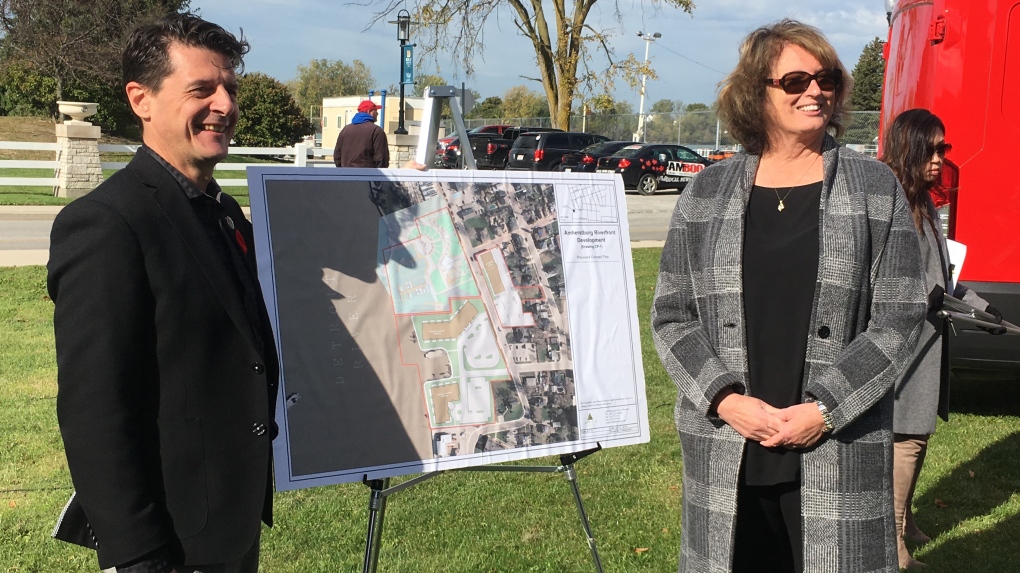 Amico will begin construction of a number of new developments, including a hotel at the former Duffy’s site in Amherstburg.

Construction is expected to begin in the spring of 2019.

At the waterfront environmental assessment open house on Thursday, Amico provided the Town’s planners with its plans for the riverfront lands under its ownership.

Amico’s plans include a hotel at the corner of Dalhousie and Gore Streets and two condominium apartment buildings on the mainland property currently used in conjunction with Boblo Island.

These projects are in addition to Amico’s plans to develop the south end of Boblo Island, with just under 200 residential building lots.

“Amico is prepared to invest in excess of $120 million in Amherstburg,” says Cindy Prince, media relations coordinator for Amico. “$105 million of this investment will be right in the heart of the Amherstburg’s downtown. We are committed to Amherstburg’s revitalization under Mayor Aldo DiCarlo’s leadership and we will continue to invest in Amherstburg with the progressive thinking of the town.”

Amico officials say that the municipality’s investment in the riverfront has given them confidence to move forward with its plans at this time.

Officials say its investment will not only create a significant tax base that the town presently does not have, but will also create a number of local construction jobs in the building of the hotel, the condominiums and new homes, and resulting in permanent jobs in the downtown as a spinoff.