A Tilbury man is asking for help finding a driver after he says two vehicles were heavily damaged in a hit-and-run crash.

Kyle Koopmans posted video on social media of the incident on Young Street in Tilbury around 7 p.m. on Sunday. He says both his vehicle and his girlfriends vehicle were totaled in the crash.

“It sounded like somebody dropped off one of those great big garbage bins and just dropped it off the flatbed,” says Koopmans. “And I looked out the window and somebody was hooked onto my car trying to back away.”

He says it looks like a grey truck with cab over the bed, or suburban type of SUV smashed into his car and his girlfriend’s vehicle, which were parked on the street. Koopmans says what you see in the video is not flames, but rather tires screeching and more of a “burn out” with snow and fumes kicking up. 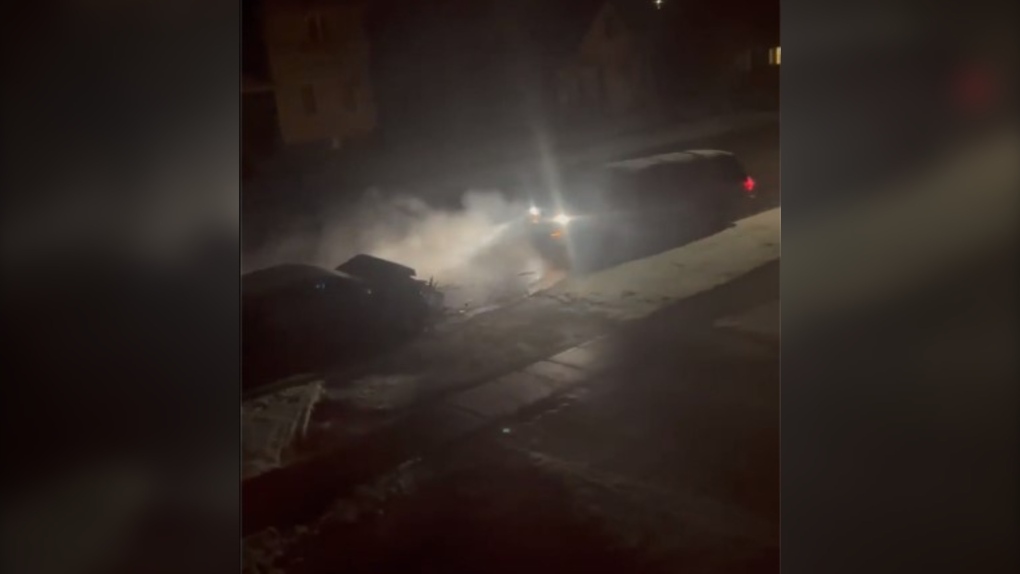 Video of a hit and run crash in Tilbury. (Source: Kyle Koopmans)

“Eventually, he dragged my car, probably a good 10 feet and then he got un-hooked and drove away,” says Koopmans. “I saw it and I thought, ‘Oh, he's just trying to try to steal my car.’ I didn't think he hit it or anything, but I just thought he'd maybe attached a chain to and he was pulling it away or something. And then he got off and I looked at my car and it was the front end was all bent in on itself.” 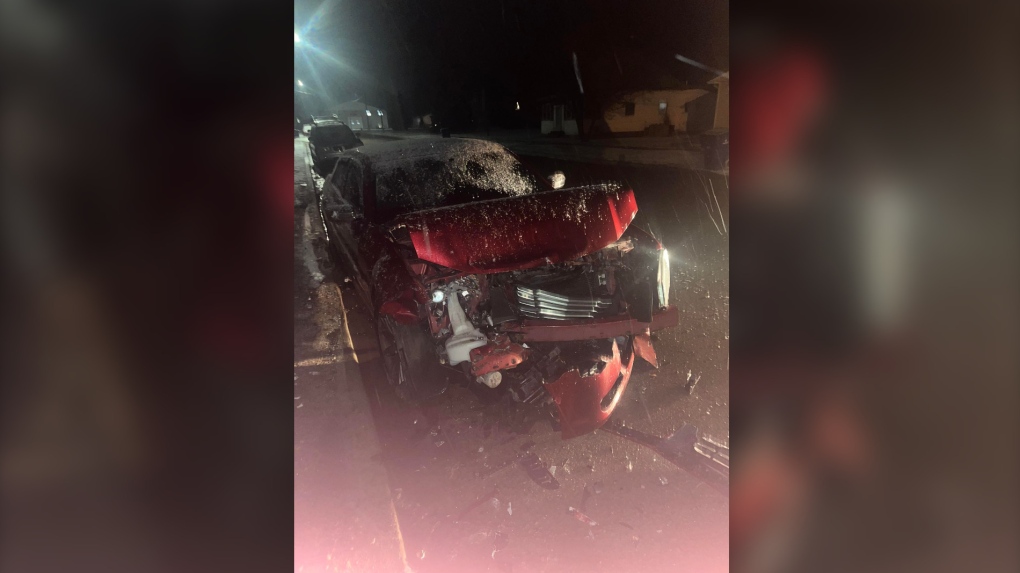 Extensive front-end damage can be seen on the parked vehicle in Tilbury, Ont. (Source: Pete Koopmans)

“I'm a little upset,” he added. “I'm glad nobody got hurt, but I lost a car out of it. Pretty expensive car, for my finances anyway. Hopefully the insurance should cover it. I have full coverage on it so it should be able to get a new one here. It's just more of a pain for me right now deal with both cars, we have no form of transportation or anything like that.”

He says his first reaction was shock.

“I didn't even know what to think really,” he says. “I just called 911 to let him know and I tried to tell him what happened and I couldn't really put the words together.”

He is asking anyone with information to contact the Chatham-Kent Police Service.

“They've been pretty helpful doing what they can. Obviously it's hard with a hit and run to find somebody, especially when you have no plates of the guy.”

Chatham-Kent police are investigating the incident as a failure to remain at the scene of a crash.

“This vehicle would have heavy front end damage and may even end up in a body shop as well. So we're just asking people to be on the lookout for something like that,” said Staff Sgt. Steve Kloostra.

Police describe the vehicle as a beige-coloured Chevy Avalanche type of truck.

Investigators do not have a licence plate, but hope it’s only a matter of time before a tip will come in to identify the suspect vehicle.

“We ask that if anybody has any information to get the Chatham Kent Police to call or Crime Stoppers.”