Here's how Windsor’s new $7.5M greenhouse will save taxpayers money and bring new plants to the city

Here's how Windsor’s new $7.5M greenhouse will save taxpayers money and bring new plants to the city 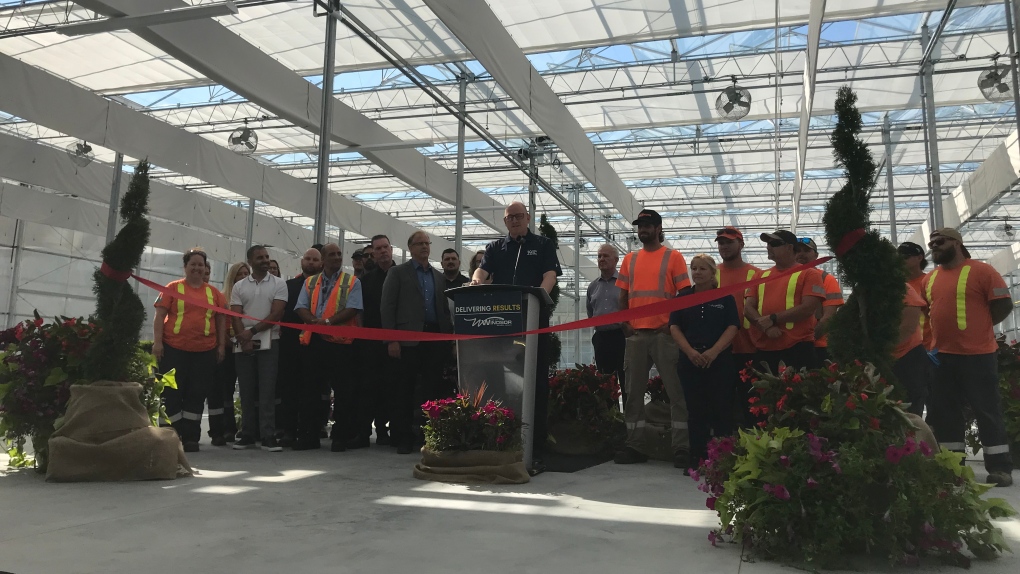 The City of Windsor unveiled its new urban greenhouse Thursday, a project that started back in 2018.

“We're replacing our greenhouse facilities at Lanspeary Park, which are 104 years old this year,” Mayor Drew Dilkens told reporters. “And so it was time, probably past time, to get this done.”

“These spaces will have up-to-date modern technology with computerized controls, automated venting systems and irrigation and rooftop shading to improve energy and operational efficiencies,” and Dilkens said that will result in annual cost savings to taxpayers of $75,000.

The new greenhouse is big enough now to store all of Windsor’s flower planters and exotic plants over the winter.

And, horticulture staff say they’ll now be able to grow new and different kinds of plants they couldn’t tackle in the old space.

“So you'll see some different plants out on display in the City of Windsor in the spring, summer and fall months, which will be interesting as well,” said Dilkens.

The greenhouse remains empty, for now, as staff complete training on the new facility by Friday, July 29.

They will move their equipment and plants over to the new site on Tuesday, Aug. 2.

The horticulture department has big ideas for the multi-purpose greenhouse and hopes to offer rentals and educational programming for local green thumbs.

The old greenhouse at Lanspeary will be decommissioned as of Sept. 2022.

The city has already launched a survey on what to do with the grounds where the old greenhouse is, which is on the edge of Lanspeary Park.

“We want to do great things there and do a great reuse of that space,” said Dilkens. “It’s quite a big space in Lanspeary Park when you take that greenhouse down, it will be a big space that’s left.”