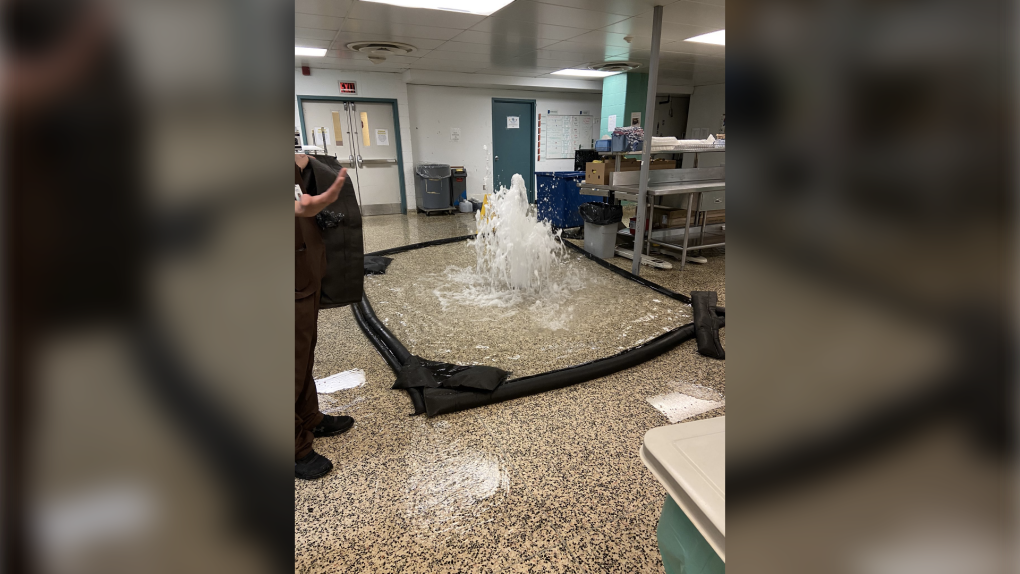 Hospital staff are assessing the damage. Flooding occurred in most of the same locations that were impacted by a previous storm on July 16, crews quickly cleaned the affected areas to prevent further damage, WRH officials say.

Flooding occurred at the Met Campus Emergency Department entrance as well as some procedure rooms and hallways in the Diagnostic Imaging area where the extent of flooding is still being assessed, the hospital says.

Still, officials say the patient impact due to the Diagnostic Imaging flooding should be minimal.

The front lobby, ground level of the Cancer Centre, shipping and receiving, and the kitchen at the Met Campus were also being cleaned up.

As for Ouellette Campus, the Cardiac Catheterization Lab was once again impacted by the flood. The lab had been closed since the previous flooding on July 16.

While officials were unsure if the lab would reopen on Monday as initially planned, the hospital says they were able to operate and the day went well.

There were also several hallways and the kitchen at the Ouellette Campus impacted by the flood.

In an email sent to hospital staff, President and CEO David Musyj says they are continuing to make changes to deal with the flooding.

He added, "We continue to dialogue with the City and external experts on the issues we are facing and have been facing for the last decade and make changes that can help minimize damage caused by flooding."

He says they are also advocating with the Ministry of Health for approval to move the cath lab out of the basement and to add a second table.