Hazel McCallion turns down appointment as adviser to Ford, says she's too busy 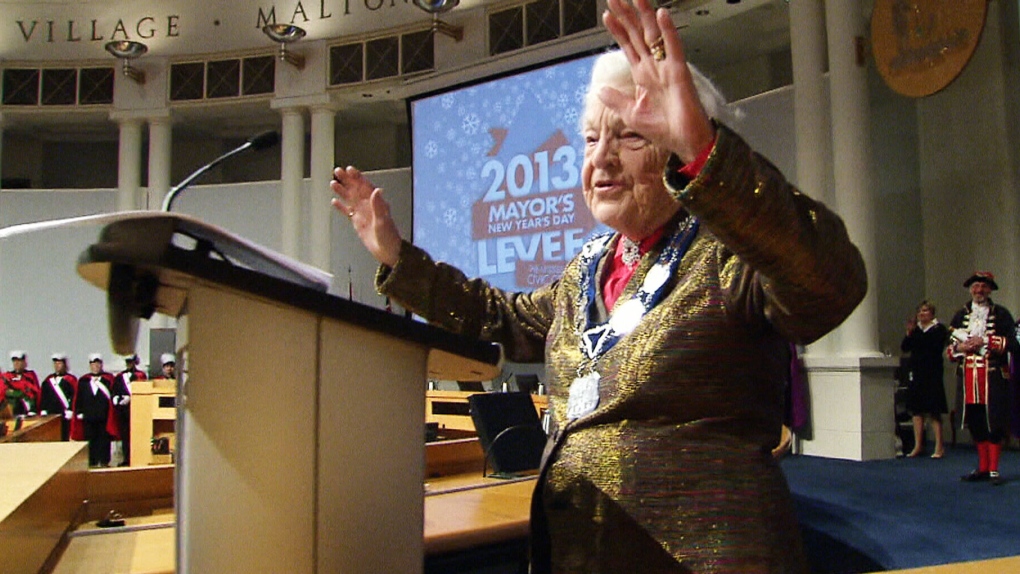 TORONTO -- Former Mississauga mayor Hazel McCallion says she's turning down an appointment as a special adviser to the provincial government because she's too busy.

But the 97-year-old says if Ontario Premier Doug Ford ever needs her advice, she's just a phone call away.

In a statement Wednesday afternoon, McCallion says her schedule can't accommodate the time required to accept the appointment as a special adviser on municipal issues to Ford and Municipal Affairs Minister Steve Clark.

The government announced the move earlier this month, but it was thrown into question days later when McCallion told the Globe and Mail she hadn't formally accepted.

Ford said earlier Wednesday that McCallion told him over the weekend she would help in any way she could, but she couldn't accept the salary of up to $150,000 that came with the role.

In her own statement, McCallion said she won't accept the formal appointment at all.

"I remain very committed to contributing, as available, to Ontario's future -- especially as it pertains to my areas of expertise on the housing and municipal affairs files," McCallion said in the statement.

"I will continue to maintain an open dialogue with both Minister Clark and Premier Ford on housing-related issues, and they both know that I am phone call away should they ever require any advice or counsel."

She served as mayor of the city west of Toronto from 1978 to 2014, and endorsed Ford for premier in the 2018 election that vaulted his Progressive Conservatives to power.

She currently serves as a director on a number of boards, including the Greater Toronto Airport Authority. She also acts as an adviser to the University of Toronto's Mississauga campus, and holds a number of volunteer positions including with the Ontario Women's Hockey Association.