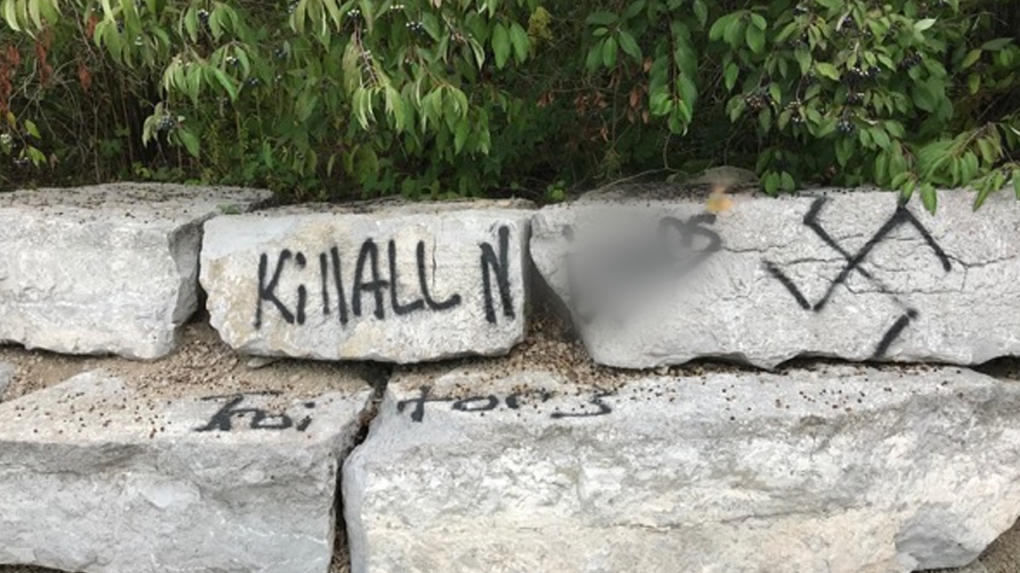 Windsor police are investigating another report of hateful graffiti in Windsor.

On Monday around 8:30 a.m. officers responded to a complaint of property damage in the area of Little River Acres Drive at Riverdale Avenue.

Police say it is being investigated as a hate crime.

Responding officers located a number of locations along the Little River trail area that had been vandalized with black spray paint.

All of the damage appeared to be on city owned property. The black spray painted damage contained wording and symbols which caused the case to be classified as a hate crime investigation.

The graffiti was seen on trails and sidewalks near the WFCU Centre, the Ganatchio trail and the McHugh St. bridge.

Investigators believe the crime was committed during the overnight hours from Sunday into Monday.

As CTV News reported last week, Windsor police say they are investigating a hate crime where a vehicle was spray painted with a racist message.

In Tecumseh, the OPP are also looking for witnesses to a number of incidents of graffiti throughout the town over the last month.