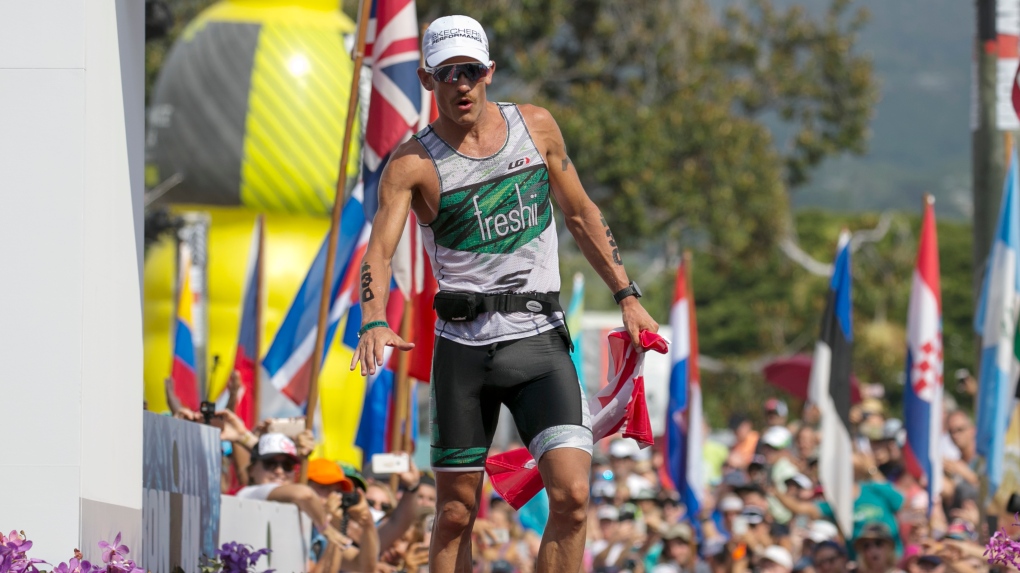 The top 10 finishers in the men's and women's races split the world championship prize purse of US$650,000.

Victoria's Brent McMahon retired from the race during the biking portion. According to an Instagram post, he was stung by a box jellyfish during the swim.

Both Sanders and McMahon were competing in the world championship for a third straight year.

The Hawaiian birthplace of Ironman racing held its first race in 1978.