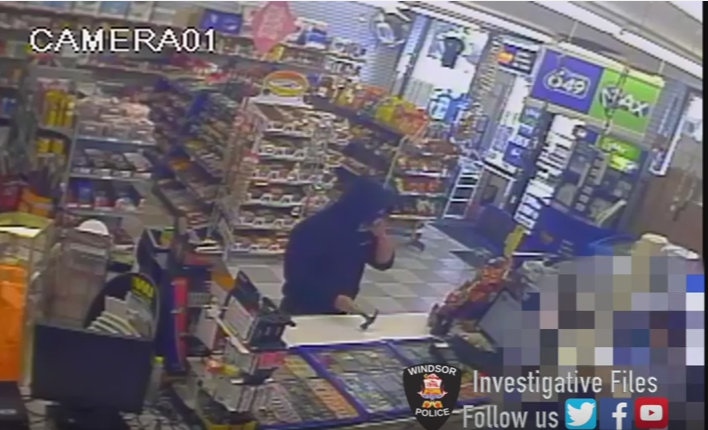 Windsor police say a man armed with a hammer robbed a convenience store in the 1100 block of Lauzon Road on Thursday.

Officers were dispatched to a robbery that just occurred at a store in the 1100 block of Lauzon Road around 9:30 a.m.

Investigation revealed that the suspect entered the store with his identity concealed with clothing and approached the employee.

Police say the man brandished a hammer and demanded cash.

The suspect obtained a small quantity of money and quickly left the store.