Guns and ammo theft has Windsor police looking for suspect 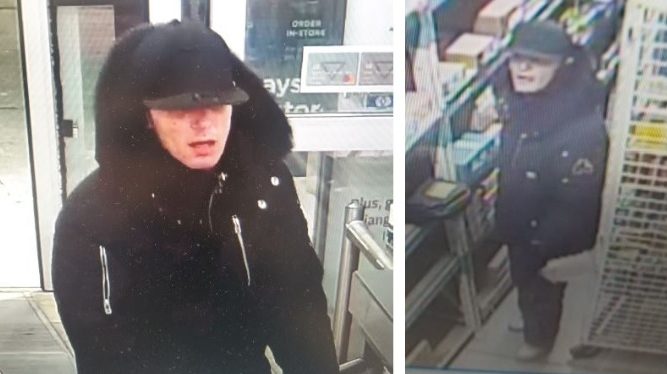 Police release surveillance shots of suspect in theft of firearms and ammunition from a business at the 4100 block of Walker Road on Jan. 22, 2020. (Windsor Police/Crime Stoppers)

WINDSOR -- Police are looking for a suspect believed to have stolen firearms and ammunition from a Walker Road business.

Police believe two firearms and a quantity of ammo were lifted from a business in the 4100 block of Walker Road on Wednesday, Jan. 22 around 7:30 p.m.

Patrol officers weren’t called to the business until the next morning where they were able to obtain surveillance footage.

Police are now looking to the public to help identify the suspect.

He’s described as a white man, 25-30 years old with an average build. Police say he has sunken cheeks, large ears and was last seen wearing a Detroit Tigers ball cap with a shiny sticker on the brim. He was also wearing a black jacket with a black fur-trimmed hood, black pants, white Nike running shoes and black gloves. Police also believe he has a dark marking on the right side of his mouth and under his right eye.

Police believe the suspect left the area on foot after exiting the business.

Public News Update: Firearms Stolen During Theft
Call us or @CStoppers with any information.https://t.co/8Gf3DP5G67 pic.twitter.com/ol1rrBkI3G