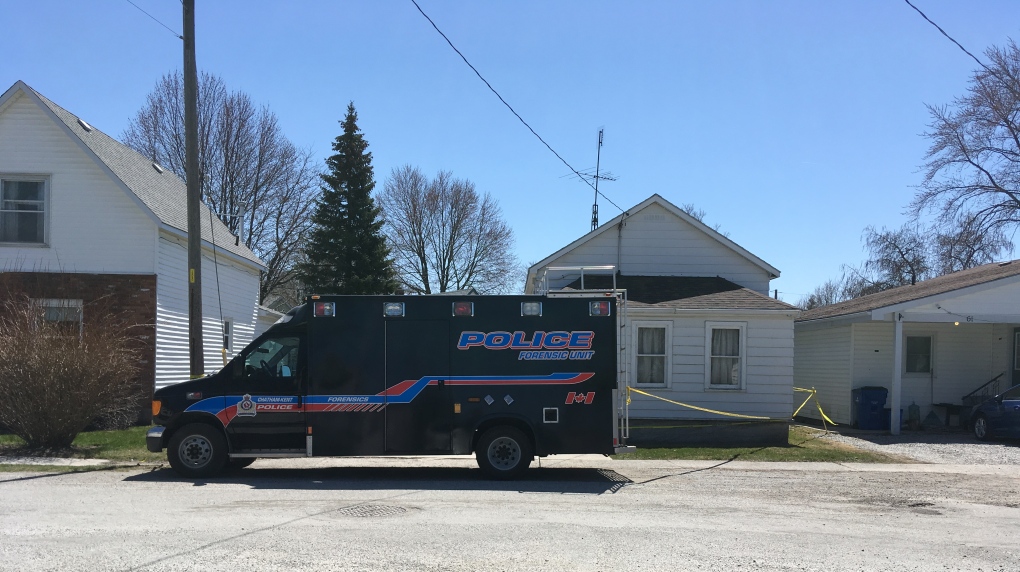 Chatham-Kent police are at the scene of a homicide investigation in Wallaceburg, Ont., on Friday, April 20, 2018. (Stefanie Masotti / CTV Windsor)
Windsor, Ont. -

A Wallaceburg, Ont. woman, charged with first-degree murder, has pleaded guilty to the lesser charge of manslaughter.

Twenty-eight-year-old Kourtney Audette made an appearance in Provincial Court in Chatham on Friday morning.

She was arrested after a 24-year-old Dover Township man was pronounced deceased by paramedics on Apr 18, 2018.

The first responders were dispatched to a Wallaceburg residence on Book Street where Nick Laprise was found without vital signs.

A report on sentencing is expected to be presented to the court on August 20.

In the aftermath of Hurricane Ian, a tight-knit coastal community in Fort Myers is coming to grips with devastation at their doorstep — and is working together to rebuild.

Brazil's top two presidential candidates were neck-and-neck late Sunday in a highly polarized election that could determine if the country returns a leftist to the helm of the world's fourth-largest democracy or keeps the far-right incumbent in office for another four years.

King Charles III has decided not to attend the international climate change summit in Egypt next month, fuelling speculation that the new monarch will have to rein in his environmental activism now that he has ascended the throne.