Group of 16 from Windsor-Essex win $1M with Lotto Max 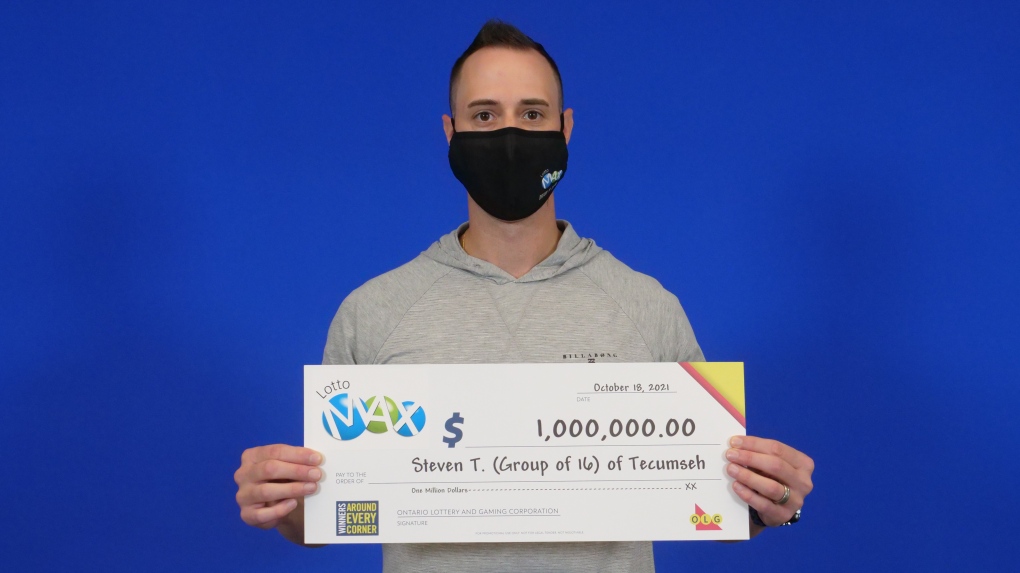 A group of 16 people are splitting a $1-million lottery prize in Windsor.

The winning ticket for a Maxmillions prize worth $1 million from the June 22 Lotto Max draw.

Todesco said he got a call from another member of the group to check their ticket.

“I scanned the ticket as soon as I got into work. I couldn’t believe it,” he said while at the OLG Prize Centre in Toronto to pick up his winnings. “The others didn’t believe it for a while either, but I‘m not the type to joke around.”

Todesco plans to save his portion of the win and travel when it’s safe again.

The winning ticket was purchased at Mac’s on Jefferson Boulevard in Windsor.