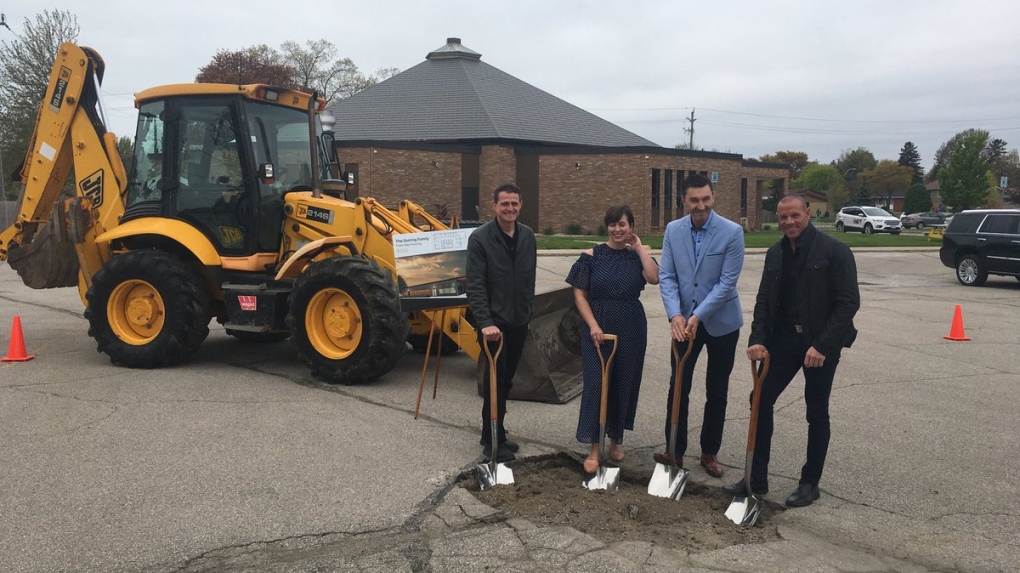 A ceremony was held to mark the groundbreaking for a new housing centre at The Bridge in Leamington on May 17, 2019. ( Bob Bellacicco / CTV Windsor )

A significant donation is allowing a housing facility for at-risk youth in Leamington to hold its ground breaking one year ahead of schedule.

A ceremony was held Friday by officials with The Bridge Youth Resource Centre.

Not only did the ceremony mark the start of construction for a new housing facility on Sherk Street, but it also highlighted local donations for the building campaign.

“We saw the great work they are already doing,” says Peter Quiring, the found of Nature Fresh Farms. “They're not talking about doing good work, they're already doing it so why not contribute here where the need is immediate and right now and there's a lot of great volunteers already.“

Anthony Grossi of Grossi Construction also contributed $150,000 to the project.

Executive Director Krista Rempel says they are thrilled with the community support.

Rempel tells CTV Windsor the youth they work with will play a big role in the new new housing facility.

“It's going to be a youth-led initiative where they'll identify their needs and we'll look to support them through that process to independent living,” says Rempel.

The new housing facility will have 10 single unit beds for youths aged 16 through 24 and will serve as a transition facility towards independent living.