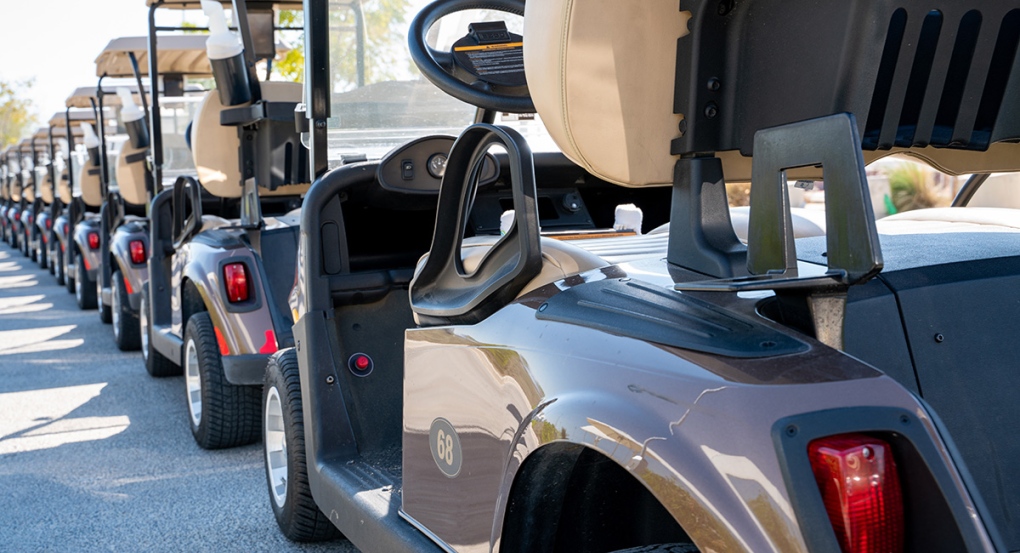 Golf carts are lined up in this file photo. (Getty Images)

WINDSOR, ONT. -- There will be a new way to get around Pelee Island.

The item passed Monday evening, after the islands insurer approved the coverage of the electric cars.

Pelee Island Mayor Raymond Durocher hopes this will reduce the number of cars on island roads.

“We’ve been in the process of changing our roads and the perimeter of the roads. We can allow golf carts to go around the island.”

The carts will require lights, seatbelts, mirrors, windshield wipers and will not exceed 50 km/h.

“It’s allows people to enjoy the island at a slower pace. You’re gonna see a lot more nature and birds and butterflies when you’re going around the island,” says Durocher.

Drivers can purchase a licence beginning a 1 p.m. Tuesday.