WINDSOR, ONT. -- Twenty-two amateur runners across Windsor-Essex, who qualified for the 2020 Boston Marathon, will still get to run their race on Saturday.

“We all needed a reason to keep going, to be motivated, and this was kind of the motivator,” says Cathy Walker, organizer of the virtual event.

Walker has recruited volunteers from the Malden Park Runners, a grassroots group of athletes who run year-round in Windsor.

They have plotted a race course with “all the classic landmarks” from the Boston event, including Heartbreak Hill, around the 32-kilometre mark. 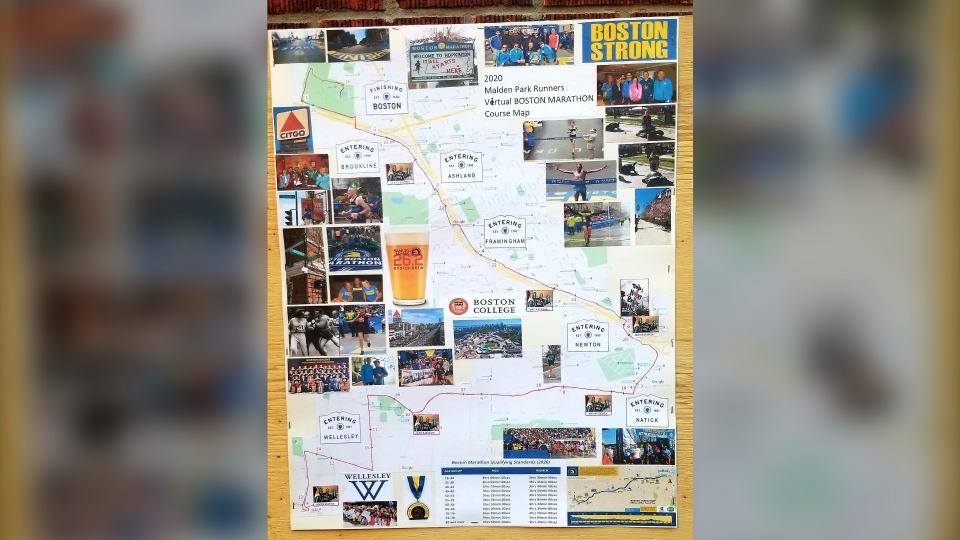 The race will start from Malden Park Saturday at 7 a.m., and runners will use the Herb Gray Parkway into LaSalle, where they will continue on Laurier Parkway, past the Vollmer Complex and the turn-around spot will be at Martin and Matchette Road.

According to Walker, the Boston Marathon attracts 30,000 runners and countless supporters lining the entire course, which obviously she adds, can’t happen.

But the runners will gladly take any words of encouragement from local residents.

“If they happen to be up tomorrow (Saturday) between seven and noon, and they want to catch some of us running, that would be great,”says Walker adding “physically distanced of course.”

A total of 70 runners have signed up to participate, some running half marathons or 10km routes on the marked course, but only 22 runners can get their Boston marathon medal afterwards, and only if they run in a Boston qualifier time.

“We still gotta track our times. We still gotta submit (to the Boston Athletic Association),” says Mike Aubin, a Boston qualifier who admits he was “heartbroken” when the race was postponed and then cancelled outright for 2020.

“You get kinda heartbroken, twice.” he says.

But runners like Aubin tell CTV News they’re doing the virtual event regardless of the pandemic, for the pure love of the sport.

“That’s what marathoners do, we keep moving forward, one step after the other,” says George Drew.

Drew qualified for the Boston, New York and Chicago marathons in 2020, all of which were cancelled because of the COVID-19 pandemic.