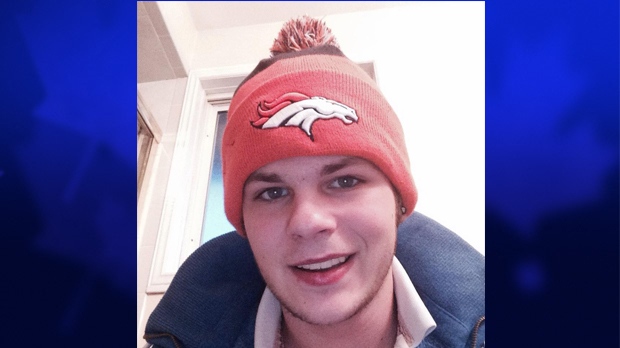 Crash victim Andrew Gyorgy, 16, can be seen in this undated photo. (Facebook)

A community will come together over the next several days, as friend and family celebrate the life of crash victim Andrew Gyorgy.

Funeral arrangements have been detailed for the 16-year-old, who died Friday night when he was struck by a vehicle while pushing his dirt bike along Essex Country Road 50.

“I was in shock. I couldn't believe it,” says Gyorgy’s friend Timos Patterson.

He visited the crash scene on Saturday near Gloucester Drive, trying to make sense of everything that has happened.

“I had some time to myself and I just couldn't really process what's going on, so I thought I would just come out here and sit here and try to think about him, about how good of a person he was,” Patterson says. “He's in a better place now, but down here it's not as good."

Members of the community will have the chance to pay their respects at the Gerald A. Smith Funeral Home in Harrow, Ont. Three viewings are scheduled, the first is Monday night between 7 p.m. and 9 p.m. Additional viewings will take place Tuesday between 2 p.m. and 5 p.m., and again at 7 p.m.

The funeral is slated for Wednesday at 10 a.m. at St. Anthony of Padua Church.

OPP say the investigation examining what caused the crash continues. No charges have been laid.