Frost advisory in effect for Windsor-Essex and Chatham-Kent

Frost advisory in effect for Windsor-Essex and Chatham-Kent 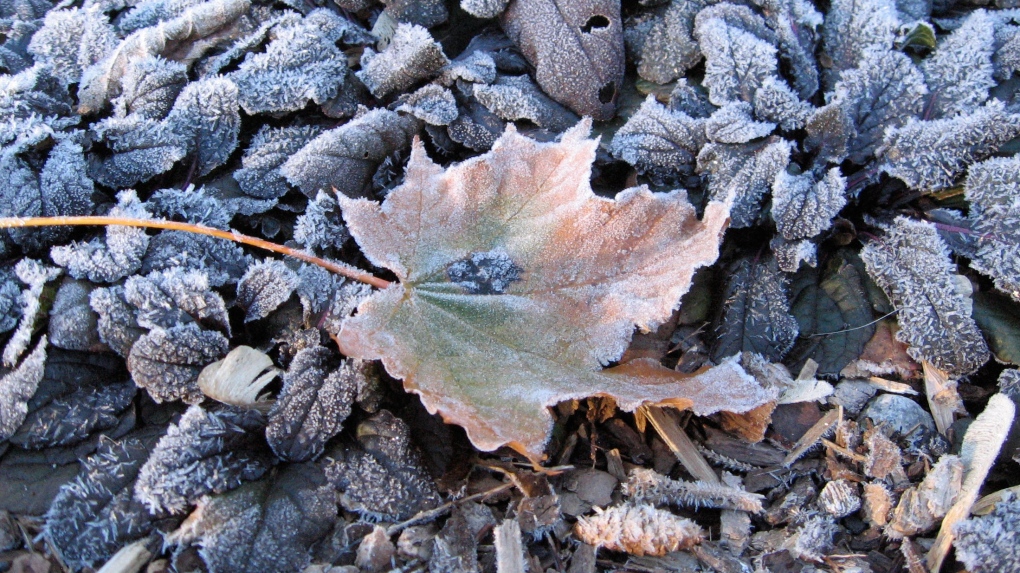 Frost is seen on the ground in Ingersoll, Ont., in this photo from November 2012. (Betty Price / MyNews)

Environment Canada has issued a frost advisory for Windsor-Essex and Chatham-Kent.

The forecaster says frost may damage some crops in frost-prone areas.

Patchy frost is expected Friday night into Saturday morning as temperatures drop to near the freezing mark.

“Cover up plants, especially those in frost-prone areas. Take preventative measures to protect frost-sensitive plants and trees,” says the advisory.

Frost advisories are issued when temperatures are expected to reach the freezing mark during the growing season, leading to potential damage and destruction to plants and crops.

BREAKING | Arrest made in gruesome 1983 murders of 2 Toronto women

A former employee of Quebec's power utility who is charged with spying on behalf of China was granted bail Monday while he awaits trial.

The white gunman who massacred 10 Black shoppers and workers at a Buffalo supermarket pleaded guilty Monday to murder and hate-motivated terrorism charges, guarantying he will spend the rest of his life in prison.

Why organ donations are declining and how governments are reacting

Ontario and Nunavut opted into new legislation by the federal government hoping to increase organ donations as hundreds of patients die while on the waitlist each year.

Wouldn't it be nice to never have to work again? While this may sound like a dream to many, it is entirely possible. CTVNews.ca personal finance contributor Christopher Liew shares a handful of helpful tips on how to potentially achieve financial independence.

Prime Minister Justin Trudeau will visit a First Nation in Saskatchewan that was rocked by a deadly stabbing rampage nearly three months ago.

WHO renames monkeypox as 'mpox'

The World Health Organization announced Monday that 'mpox' is now the preferred name for monkeypox.