WINDSOR, ONT. -- A pair of best friends have teamed up to build a replica Lego structure of the Lions Manor, a 150-unit apartment complex in Windsor for older adults and those who are visually impaired.

"To construct it we started with the front,” said Guy Christien. “I get the framing all the way around measuring out each apartment. Then it’s just a matter of building it up."

It took 15,000 blocks and three-and-a-half weeks to construct.

"This is my balcony…812," said Natalie Dorion, who was born legally blind. "Some of us don't even see the sunlight so I am blessed to see that and differentiate the difference between the night and the daytime.”

"My centre vision is very blurred,” said Christien, who is partially blind. ”I can see OK on the sides but in the center its always blurry."

The two have built with Legos together for the past eight years. They specialize in iconic buildings like the Eiffel Tower, Leaning Towner of Pisa and the Empire State Building. 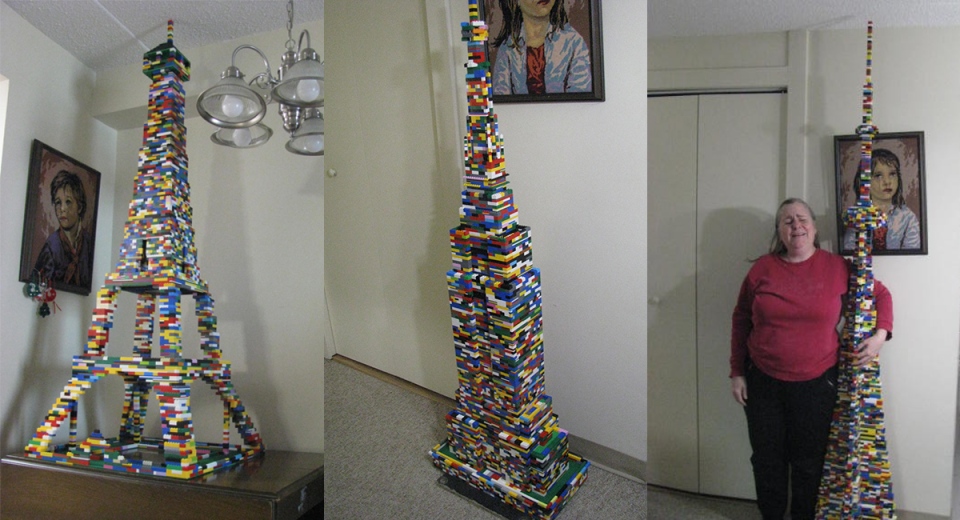 Some of the Lego replicas built by Guy Christien and Natalie Dorion are seen in Windsor, Ont. (Stefanie Masotti / CTV Windsor)

"If I were to go to a place to see a building, I would just touch a tiny section of the wall. But it doesn't give me the overall tactile picture," said Dorion, who explains that’s why they build a scaled-down version of each.

“I asked him if we could get it out of here and put it in the lobby but it won't fit out the door."