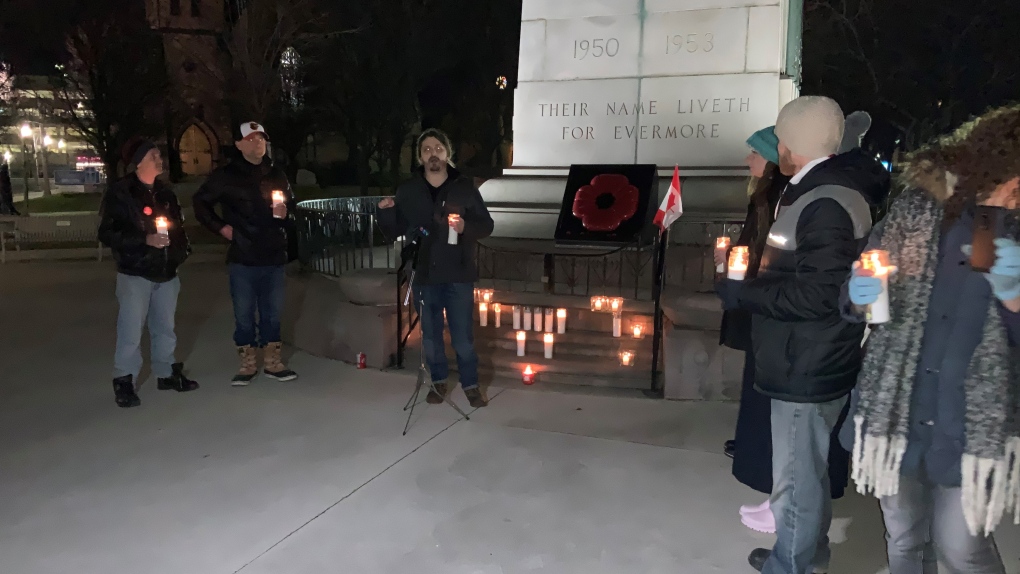 WINDSOR, ONT. -- Windsor police are investigating after a small group of people in Windsor protested new COVID-19 restrictions as they came into effect on Thursday at 12:01 a.m.

There were 18 people at the protest at the downtown Cenotaph and a heavy police presence.

Police say they were aware of and monitored a demonstration held downtown.

During the event, police say four people were identified and will be summonsed to appear in court, for their involvement in the demonstration.

“Community safety remains our number one priority and officers continue to strike a measured balance between enforcement, community safety and maintaining public order,” according to a statement from police.

“We want the community to be aware that persons attending these demonstrations and organizers of such events, where regulations under the Reopening Ontario Act are being contravened, may be subject to a police investigation and charges.”

The protesters lit candles at the event to "rekindle the flame of freedom.”

Organizer JP Power says they don’t deserve to be punished.

Power says they will protest every time freedoms are taken away.

"I do not want to be doing this at all. Do I look like I'm having fun? This is not a dream, this is real. The ship has sailed. The point of no return has passed," he says. "So, this is it, we are here and this is the Windsor freedom movement. Every time they keep taking the freedoms away we will be here to defy it."

The group announced they plan to meet for another protest at the Canada flag downtown this Sunday at 2 p.m.