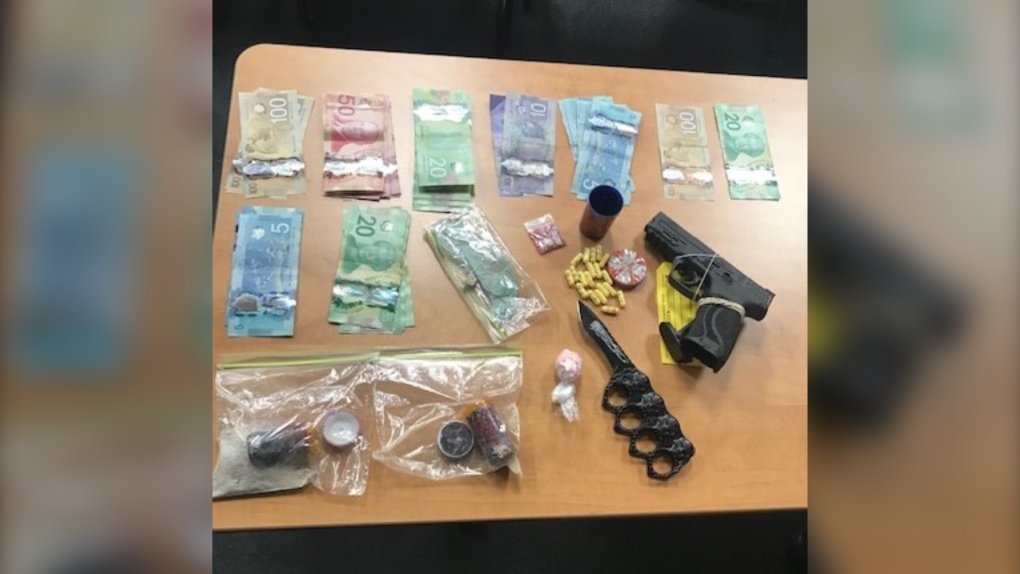 Police say quantities of fentanyl, methamphetamine and hydromorphone were seized from the residence. In addition, a replica pistol, a set of brass knuckles and a quantity of Canadian currency were seized as evidence.

Four individuals were arrested and released from custody and are scheduled to appear in the Ontario Court of Justice Windsor on Dec. 7.

Christopher Reimer, 37, of Kingsville, is charged with possession of a Schedule 1 Substance for the purpose of trafficking (three counts), unauthorized possession of a weapon and failing to comply with an undertaking.

Cari Caza, 38, of Kingsville, is charged with possession of a Schedule 1 Substance for the purpose of trafficking (three counts) and unauthorized possession of a weapon.

Teresa Kennedy, 54, of Kingsville and April Church, 39, of Leamington, are charged with possession of a Schedule 1 Substance for the purpose of trafficking.

OPP say they are continuing to investigate and bring to justice those responsible for the sale and distribution of illicit narcotics throughout Essex County.