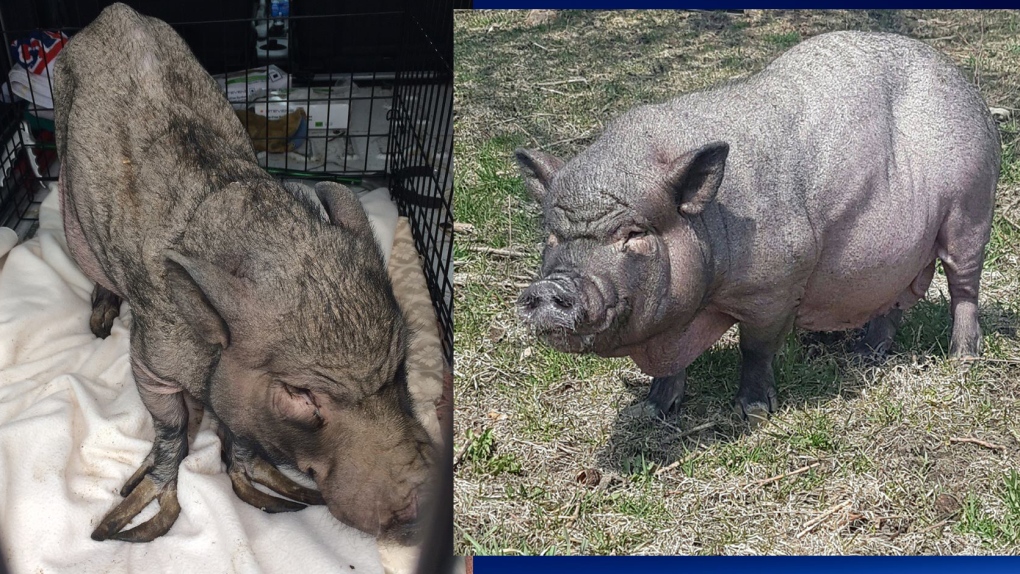 A former pig owner has been sentenced after pleading guilty to permitting an animal to be in distress.

The owner has been put on probation for two years, and cannot own animals for five years.

The unidentified owner has also been ordered to pay the Windsor-Essex Humane Society $640 for the pig’s care.

The former owner also had a bird, which was found in poor condition and surrendered.

Humane society executive director Melanie Coulter says Tulla has made a remarkable transformation since she was seized from her home in January. She is now happy and healthy in her new home.