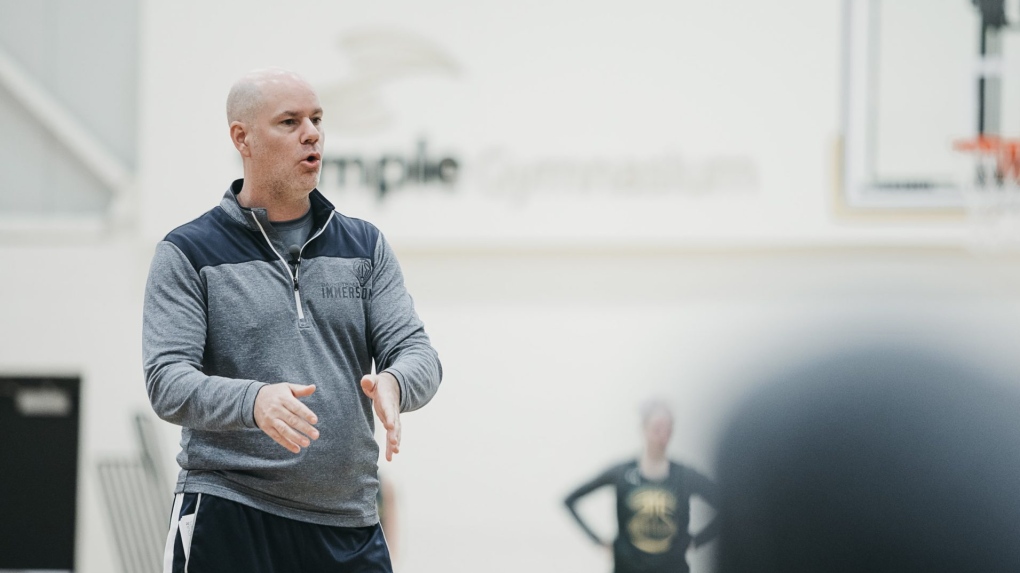 WINDSOR, ONT. -- Former University of Windsor Lancers men’s basketball coach Chris Oliver is taking his skills from the court to the computer screen.

From May 18-28, the three-time Ontario University Athletics coach of the year hosted a Cross Canada Coaching Clinic where hoops knowledge from the top Canadian coaches were on display for the world to see.

Sixty-four speakers, ranging from NBA personnel to the gems found in local coaches shared their expertise in 45-minute virtual sessions. Over 2,500 registered attendees from more than 50 countries took advantage of this free one-stop shop for basketball insight.

“Some of the coaches you want to hear speak you usually have to travel around the world and pay a ton of money to see them in person. Whereas now they’re doing it from their homes and their sharing it all free,” says Chris Cheng, Lancers men’s basketball head coach.

Over the last year, Oliver travelled to Sweden, New Zealand and Australia to soak in knowledge from different styles of coaching.

“We have tremendous education behind our coaching and I think that’s what separates Canada. The rest of the world looks up to Canada that way,” says Oliver.

One of the guest speakers of the coaches clinic was Cheng, who took over the reigns as the Lancers’ head coach from Oliver in 2019. The topic he spoke on was “creating your off-season development plan,” an important subject that is even more relevant now given the circumstances around COVID-19.

“I’ve always said it’s hard to hold your players accountable this time to get better when you’re not getting better yourself,” says Cheng.

He believes it’s crucial that all members of a team improve in the off-season; this includes coaches and staff members.

Going into his second year as head coach, Cheng is focused building a family culture and sense of accountability.

“We put them into mini groups so each leader has a group and you got to report to that leader. If you disappoint that leader you’re disappointing that teammate.”

Despite COVID-19’s impact on sports, Oliver says it was not the main topic of discussion during the sessions.

“We certainly talked about it in a few cases but by in large we really wanted coaches to focus on something that was going to be evergreen, something that will be forever.”

Recordings from the Cross Canada Coaches Clinic hosted in partnership with Golden Ticket Sports will be posted on Basketball Immersion’s YouTube channel. https://www.youtube.com/user/basketballimmersion