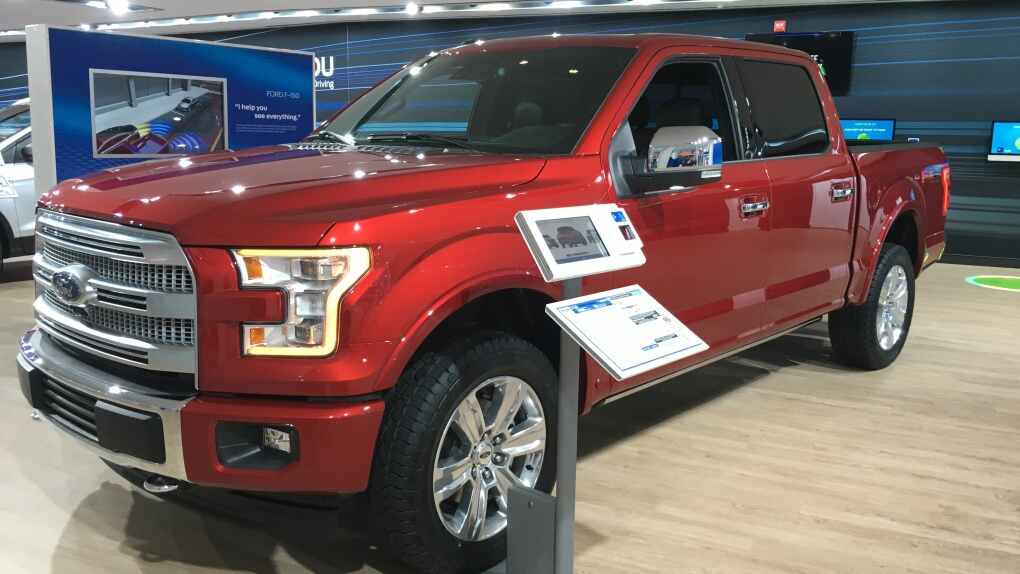 Ford trucks on display on the floor of the North American International Auto Show in Detroit on Monday, Jan. 9, 2017. (Melanie Borrelli / CTV Windsor)

DETROIT -- Ford is recalling more than 874,000 F-Series pickup trucks with engine block heaters in the U.S. and Canada because they can catch fire.

The company says in documents posted Friday on the U.S. National Highway Traffic Safety Administration website that water and contaminants can get into the heater cable and cause corrosion. That can cause electrical shorts and possible fires. Engine block heaters warm the engines so they can start and warm up faster in extreme cold temperatures.

The company says the risk of fire happens only when the block heater cable is plugged into an electrical outlet.

Ford has received three reports of fires in Canada, but none in the U.S. Minor property damage was reported in one incident, but there haven't been any reports of injuries, Ford said in a statement.

Dealers will inspect and seal the cable or replace the heaters if needed. The recall is expected to start in the U.S. on Jan. 7.

F-Series pickups are the top-selling vehicle in the United States.