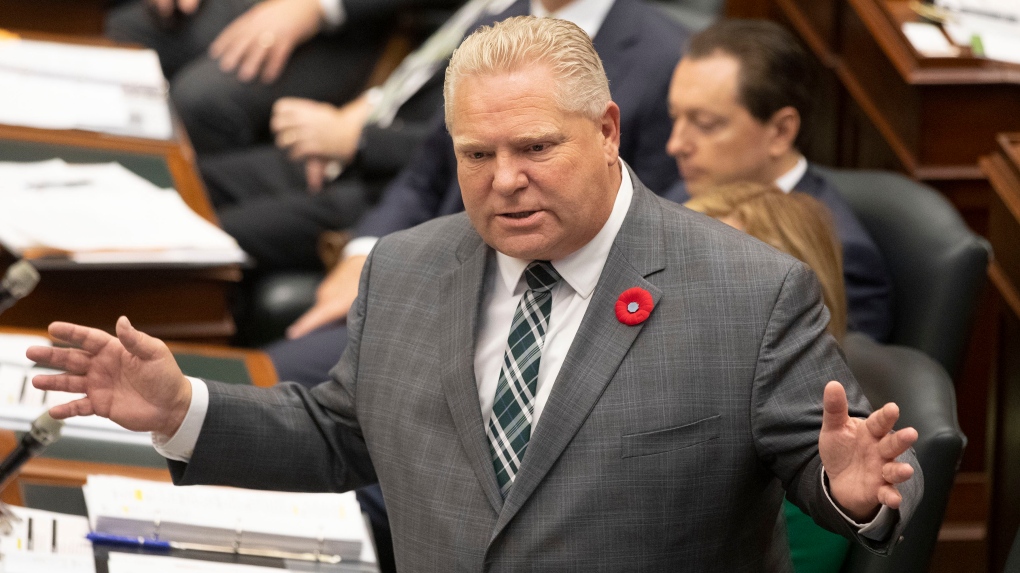 Ontario Premier Doug Ford attends Question Period at the Ontario Legislature, ahead of the fall Economic Statement, in Toronto on Wednesday, November 6, 2019. THE CANADIAN PRESS/Chris Young

TORONTO -- Ontario is looking to assess how climate change will affect the economy, the environment, infrastructure and communities across the province.

The Progressive Conservative government has put out a tender looking for bidders with expertise in impact assessments to work on the two-year project.

The government says a severe ice storm in April 2018 resulted in $190 million in property damage, and less than a month later, a wind storm caused $380 million in damages.

The Tories have come under fire from environmentalists for scrapping Ontario's cap-and-trade system to reduce greenhouse gas emissions and opposing the federal carbon tax.

But the government says its plan to set up a fund called the Ontario Carbon Trust, aiming to entice companies to invest in initiatives that reduce greenhouse gas emissions, would be effective.

This report by The Canadian Press was first published Nov. 6, 2019.