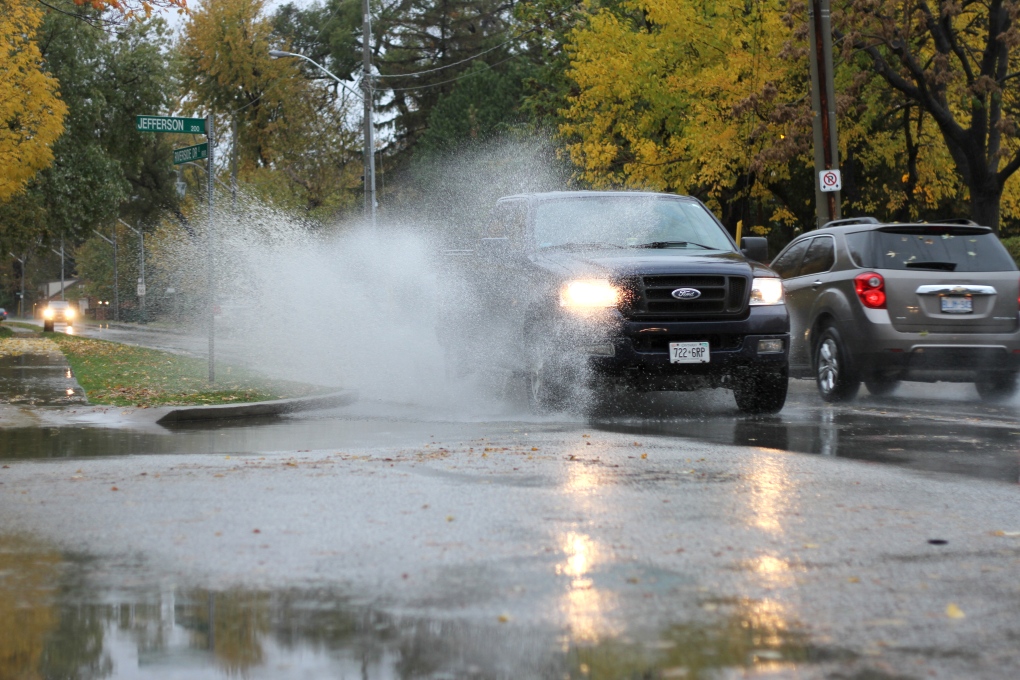 A truck splashes through a puddle on Riverside Drive in Windsor, Ont., on Wednesday, Oct. 28, 2015. (Melanie Borrelli / CTV Windsor)

A flood watch has been issued for the Essex area Thursday in response to a slow moving thunderstorm that has developed over the region.

According to a press release issued by the Essex Region Conservation Authority (ERCA), the development of “a sudden and relatively stationary thunderstorm” which formed near Essex urban centre has prompted a flood watch for Essex, Kingville and Leamington.

ERCA says the storm has the potential to dump 50 to 100mm of rainfall in a short period of time.

People are encouraged to monitor local forecasts for new developments, and to avoid rivers, streams and shorelines areas during significant rainfall and wind events for their own safety.

The first teaser trailer for the long-awaited 'Super Mario Bros. Movie' is here — but a lack of Italian flair in Mario’s voice is leaving some fans feeling like they just got hit with a Koopa shell.

In move toward decriminalization, Biden pardons thousands for 'simple possession' of marijuana

U.S. President Joe Biden is pardoning thousands of Americans convicted of 'simple possession' of marijuana under federal law, as his administration takes a dramatic step toward decriminalizing the drug and addressing charging practices that disproportionately impact people of colour.