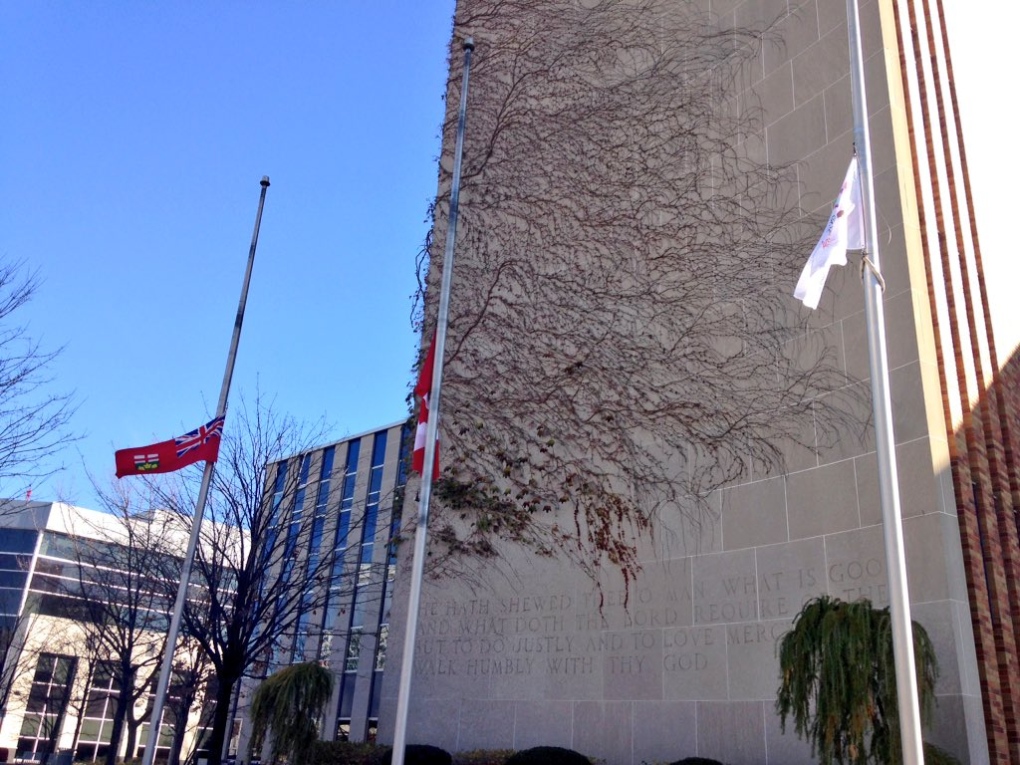 Flags have been lowered as a sign of respect for the victims in the Paris attacks, in Windsor, Ont., on Monday, Nov 16, 2015. (Melissa Nakhavoly / CTV Windsor)

WINDSOR, ONT. -- The City of Windsor will join communities across Canada in lowering the Canadian Flag at our government buildings and on Windsor’s riverfront.

The Peace Tower in Ottawa was lowered to half-mast today following the discovery of 215 bodies of children at the site of a former Kamloops Indian Residential School in British Columbia.

The Department of Canadian Heritage requested flags at all federal buildings and establishments across Canada be lowered until further notice in memory of the thousands of children who were sent to residential schools, for those who never returned and in honour of the families whose lives were forever changed.