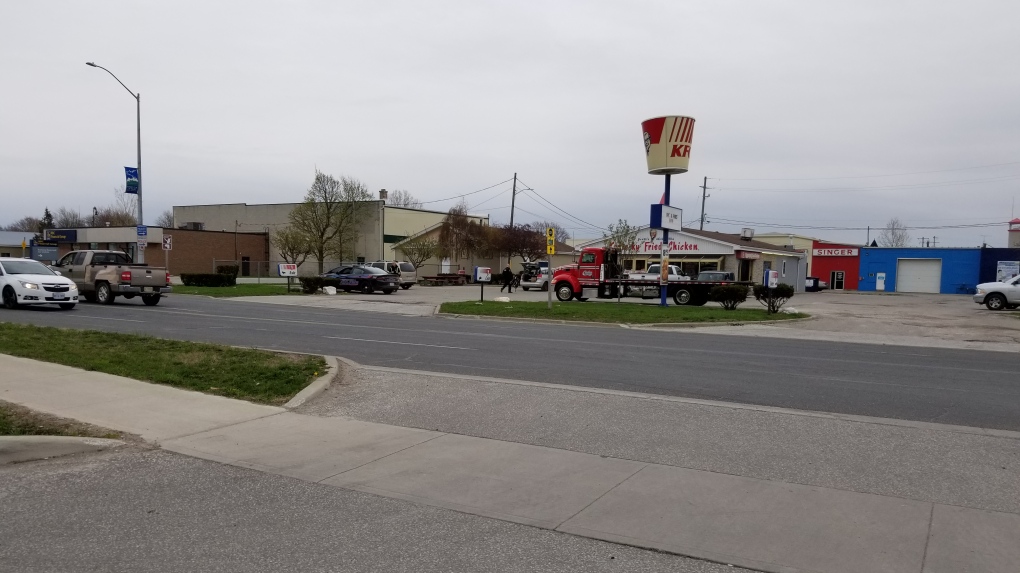 A vehicle tied to an Amber Alert issued by Peel Regional Police is parked outside of a KFC restaurant in Tilbury on April 25, 2019. (Courtesy CTV Windsor viewer)

Police say a five-year-old boy whose disappearance prompted an Amber Alert has been found safe in Chatham-Kent.

The boy was reported missing Thursday morning by his father after failing to show up to school in Mississauga.

Peel Regional Police had been searching for the boy and his 47-year-old mother, who they say picked him up from school Wednesday afternoon.

Investigators had received information that the boy and his mother may have travelled from Mississauga to London.

Police confirmed both were found safe Thursday evening in Tilbury, “as a direct result of the Amber Alert."

Further details were not immediately available.