'Fitbits for cows': How technology is keeping the herd healthy

An Essex County dairy farm has given their Holstein herd activity trackers to monitor their fitness.

“We kinda nickname them as a fitbit for cows,” says farmer Vicky Morrison. “You know it works for people, why not for cows?”

The herd of 200 cows at Bally Bright Farms have collars with a tracker placed near their neck, it measures how much activity each cow gets in any given day. 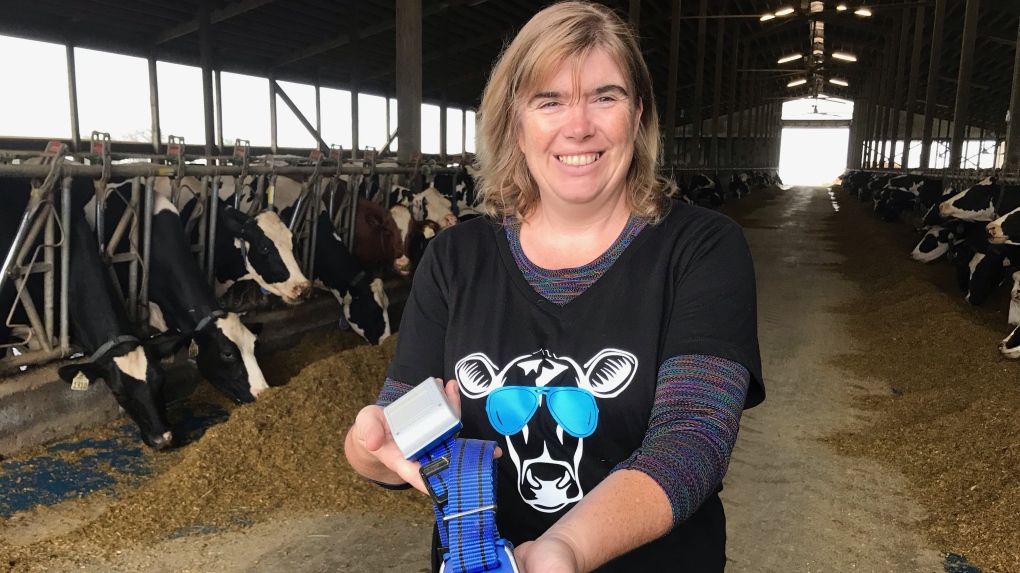 The data is sent to a computer in the farm office, which Morrison reads twice a day.

“And if they go above a certain percentage of activity, it flags it on the computer for me,” which Morrison says could indicate the cow is going into labour.

Morrison says the activity tracker reads the cows movement over ten days, and then uses that as a baseline for determining if their activity is changing. 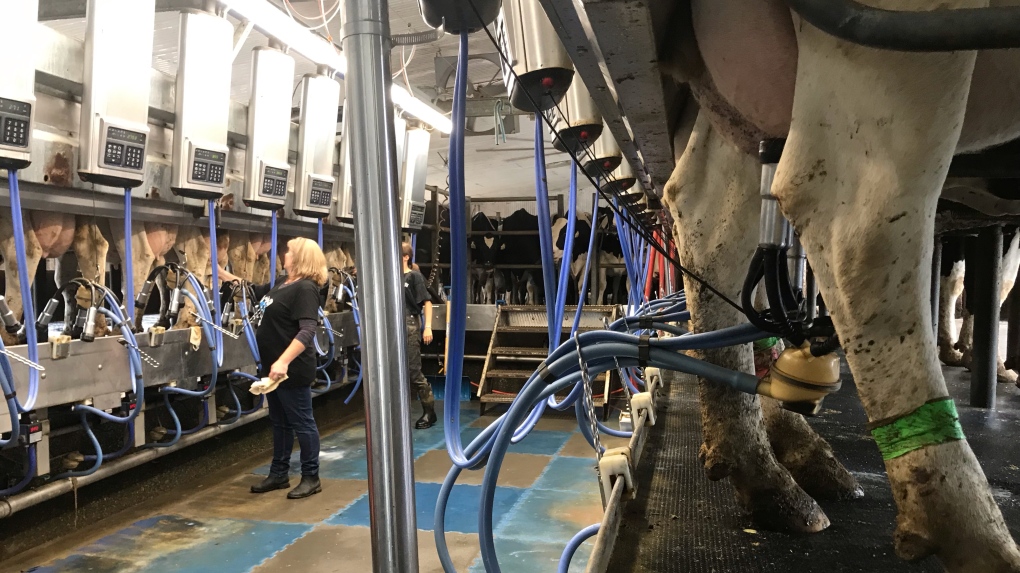 Each collar also has a GPS unit which tells the farmers which cow is coming in to the “milking parlour” twice a day and how much milk the cow gave the time before.

“If she doesn’t give the amount of milk that the milking parlour expects her to, a light will flash that will tell me she hasn’t given as much milk as she should have and maybe I should go look at her,” says Morrison.

The cow would then be taken aside for a health check to make sure the animal is healthy.

“Those are things we can use now as technology to give our cows a voice,” says Morrison. 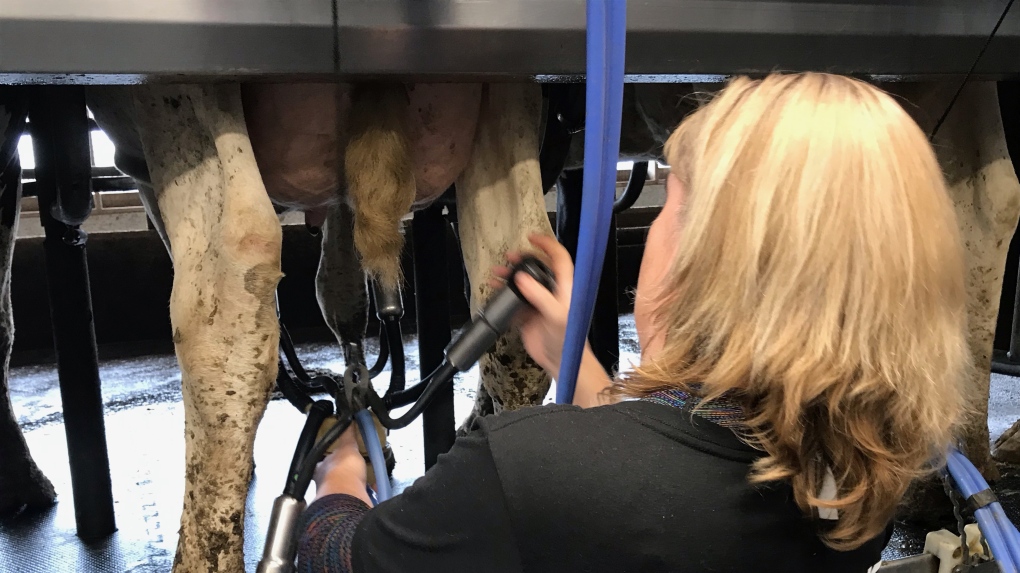 Vicky Morrison puts the suction cups onto a Holstein cow on her farm in Essex County, Ont. on Thursday, Oct. 7, 2021. (Michelle Maluske/CTV Windsor)