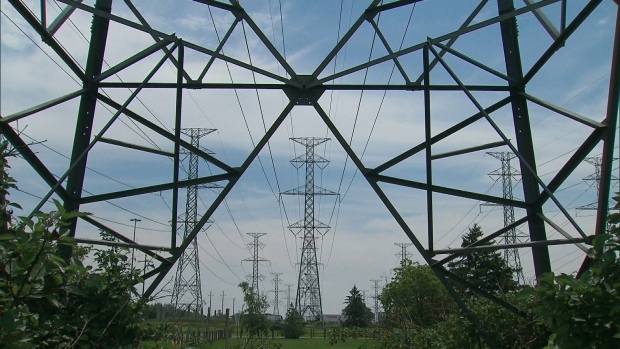 TORONTO -- The first of 17 remote First Nations has been connected to Ontario's power grid under a $1.6-billion expansion project.

The diesel generating station in Pikangikum First Nation, more than 200 kilometres north of Kenora, Ont., was shut down Thursday as the transmission lines to the provincial grid were energized.

The work is part of the Wataynikaneyap Power Transmission Line Project launched in 2015, which will connect remote communities to the grid over an 1,800-kilometre transmission line.

"A reliable power source will finally end Pikangikum's reliance on diesel generation and help the community advance plans for growth and development," he said in a statement Thursday.

The full project is expected to be completed by 2023, and will shift the communities from dependence on diesel fuel for power to the provincial electricity grid.

"Connecting our remote communities to the provincial grid is better for the environment and will help improve the lives of our members," Fiddler said.

A 2014 study by Ontario's Independent Electricity System Operator determined there was a positive business case to extend the electricity grid to 21 of the 25 First Nations that depend on diesel.

The federal government is covering the cost of the project.

When the plan to build the line was announced, it was billed as the largest Indigenous-led and Indigenous-owned infrastructure project in the province's history.

Wataynikaneyap Power, which is heading up the project, is a licensed transmission company that is equally owned by 22 First Nation communities in partnership with power company Fortis.

"This transformational project is expected to provide more than 14,000 people living in remote First Nation communities in northwestern Ontario with a reliable, clean supply of electricity," he said in a statement.

"It's also bringing something even more significant -- the promise of a brighter future."