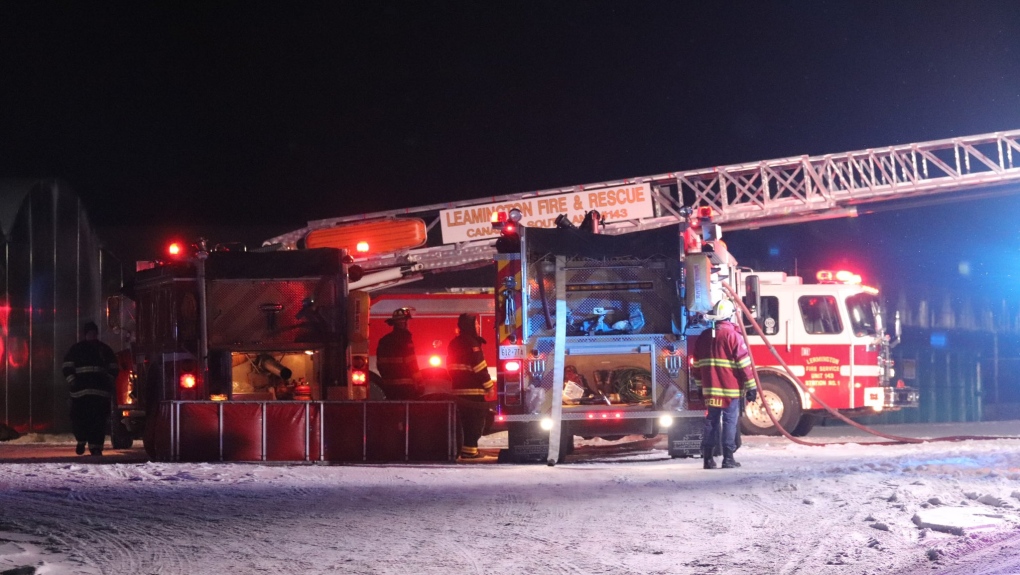 Multiple units responded to the blaze in the 300 block of Mersea Road 3 around 11 p.m.

Photos show heavy smoke flowing from the front of the barn and attached shop.

.@LeamingtonFire1 Crews are on scene of a barn fire in the 300 block of Mersea Rd 3. Defensive & Ariel operations underway @FireChi72906040 pic.twitter.com/pH5jd9l6Zs

Leamington fire chief Andrew Baird says straw being stored inside the barn likely ignited, but as of now, the cause is still unknown.

Crews were able to clear the fire after about five hours.