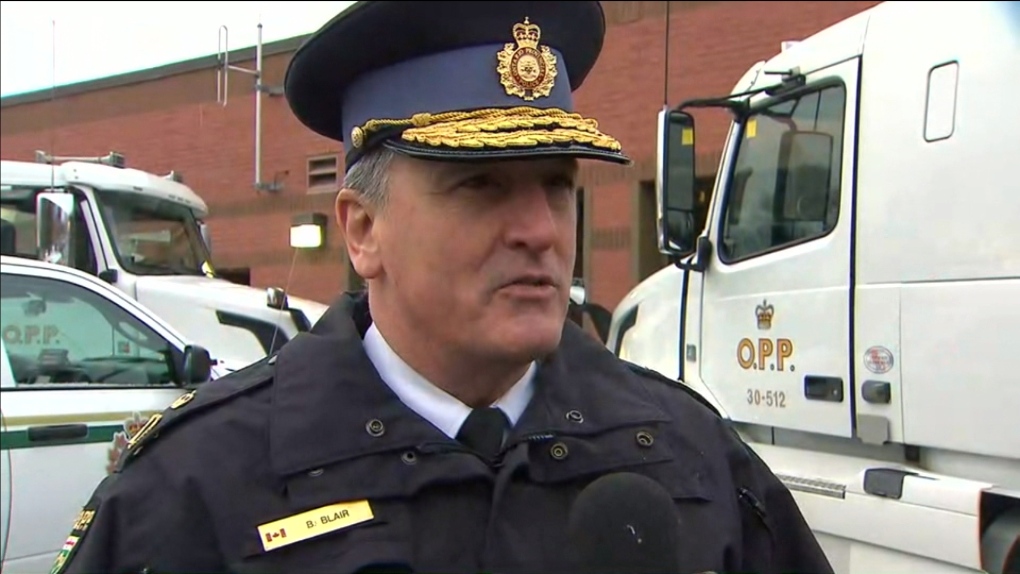 Former deputy commissioner and Essex native Brad Blair filed the $5-million lawsuit over comments made by the premier that Blair had violated the Police Services Act.

Ford's comments came after Blair asked the courts to force the provincial ombudsman to investigate the appointment of a long-time friend of the premier as OPP commissioner, raising concerns about political interference.

"Premier Ford made these defamatory remarks fully aware that the natural and probable consequence of making these defamatory statements would be the widespread re-publication by the Canadian media, which would be heard and viewed by millions," Blair's unproven statement of claim said.

The lawsuit further alleged that Ford's comments and the attention they received subjected Blair to "embarrassment, scandal, ridicule, and contempt," and were meant to intimidate the veteran officer.

The government has said that the decision earlier this month to fire Blair, who was also in the running for the commissioner post, came from the public service because it found his court filings in the ombudsman case contained confidential OPP information.

Blair's lawyer said his client never received notice of a complaint under the Police Services Act or any findings that he violated it, and alleged that the premier's words would lead an average person to believe Blair is someone who breaks the law.

"The premier's utterances receive close attention, are widely broadcast, and are more likely to be taken as the truth by the average person," the suit alleged.

Last month, Blair threatened to sue the premier if he did not apologize and retract the comments he made. The suit alleged Ford has made no effort to do so.

A spokesman for Ford said the premier will be responding to the suit through his legal counsel.

"As the matter is before the courts it would be inappropriate to comment further," Simon Jefferies said in a statement.

In December, Blair said OPP officers had expressed concerns the selection process that resulted in Toronto Supt. Ron Taverner's appointment as commissioner was unfair and could raise doubts about the force's independence.

Blair also suggested Taverner's appointment be delayed until an investigation could be conducted by the province's ombudsman.

After the ombudsman declined to investigate, Blair launched his legal challenge in an attempt to force the watchdog to probe the hiring of Taverner, who withdrew his name from consideration for the job earlier this month, citing the controversy surrounding his appointment.

Ontario's Divisional Court is expected to hear that case in April.