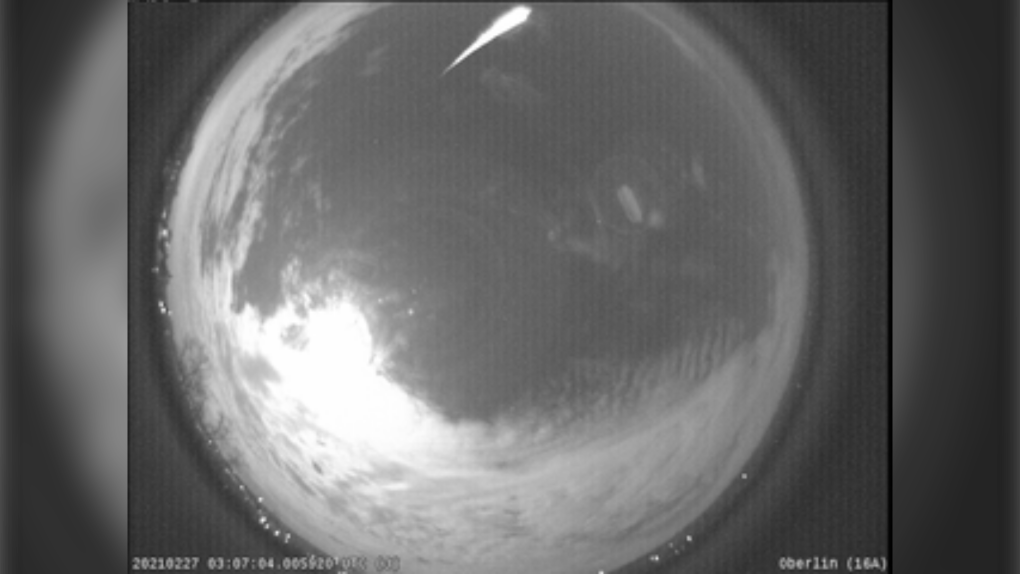 WINDSOR, ONT. -- Those outside in Chatham Friday night may have spotted a bright flash light up the night sky.

Observers in Ontario, Michigan and New York, Ohio and Pennsylvania reported seeing the fireball. The event was captured on several all sky meteor cameras belonging to NASA All Sky Fireball Network and the Southern Ontario Meteor Network operated by Western University, a website on the event says.

“At its brightest, the fireball rivaled the quarter Moon in intensity. Combining this with the speed gives the fragment a mass of at least 2 kilograms and a diameter of approximately 12 centimeters (5 inches),” the website says.

Data suggests the meteor was caused by a Jupiter family comet.

The fireball passed directly over Chatham and ended at 30 km height just north for Lake St. Claire near Fair Haven, Mich., Brown tweeted. He says given the speed there were likely very small or no meteorites in the event.