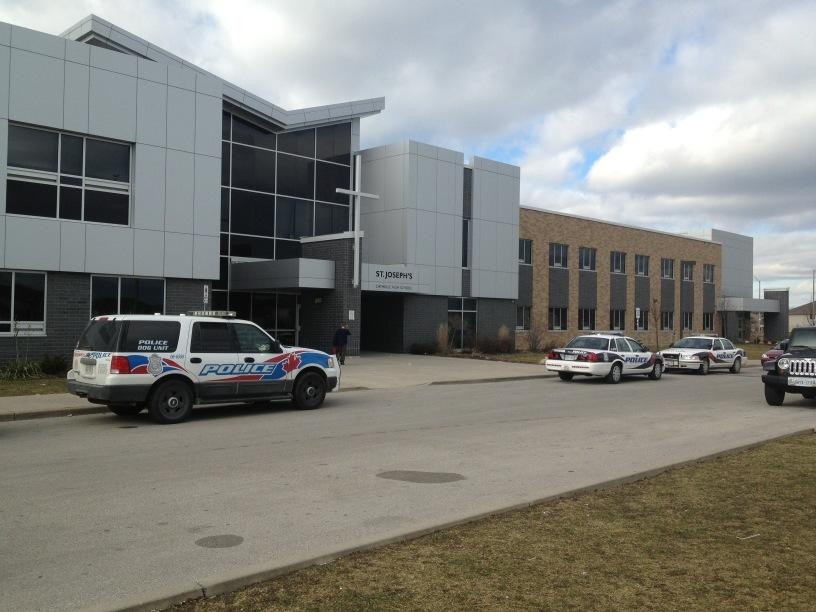 Police received a call from the school on Clover Avenue around 10:51am.

“When officers attended at the school there was a person of interest who they spoke with,” says Sgt. Matthew D’Asti. “What we are learning is that a male from another school became involved with a student from St. Joe’s on the school grounds on Wednesday. The St. Joe’s student was not the aggressor.”

The St Joseph’s student was suspended, but was permitted back to the school Thursday to do EQOA testing.

D’Asti says the student on suspension was overheard saying he should get a gun. Police were notified, but say the information regarding the firearm is all unfounded.

No gun was found during the investigation. The school was placed on lockdown as part of standard procedure. It was lifted around noon.

Police have no further information on the other student involved, aside from he was likely from Riverside Secondary School.